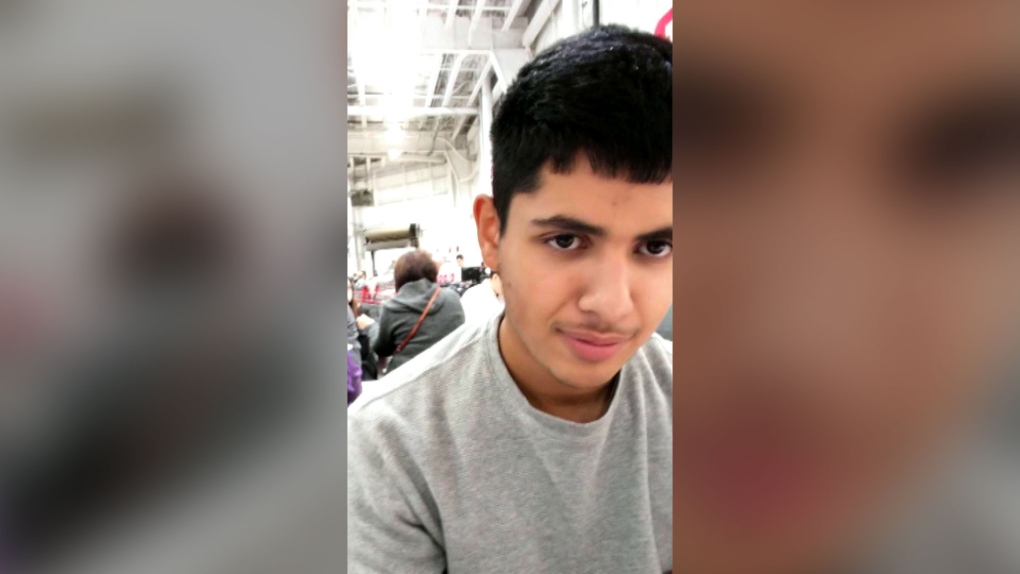 Yosif Al-Hasnawi is pictured in this undated photo.

Two Hamilton paramedics charged last week with failing to provide the necessities of life while responding to the shooting death of Yosif Al-Hasnawi have been fired, the union representing the paramedics confirmed.

The union said the paramedics were notified by the City of Hamilton on Wednesday that their employment was being terminated immediately.

Police said the 19-year-old was shot to death on Dec. 2, 2017 after intervening in a dispute between two young men and an older man.

The victim’s father said that when paramedics arrived at the scene, they said they thought Al-Hasnawi was “acting.” He said his son was telling the paramedics “I cannot breathe” and they laughed at the situation.

The teen was eventually transported to a hospital, where he was later pronounced dead.

Steven Snively, 53, of Hamilton was arrested on Aug. 1. Christopher Marchant, 29, of Whitby was arrested the following day.

Both men were released on a promise to appear in a Hamilton courtroom on Sept. 11 at 9 a.m.

Mario Posteraro, the president of the union representing Hamilton and Brant Country front-line paramedics, called the city’s decision to fire the paramedics “harsh” and “unjust.”

“The employer had a number (of) options it could have exercised while the criminal charges were being dealt with through the courts,” Posteraro said in a statement released Wednesday. “Instead, they decided to throw two of their paramedics ‘under the bus’ by terminating their employment less than one week after the NRPS laid criminal charges against the two paramedics.”

Posterora has defended the actions of both paramedics in the past, saying that misinformation led them to believe a pellet gun was involved, not an actual gun. He said last week that had paramedics known the victim was shot with a .22 caliber firearm, and “had the patient presented differently”, they would have transported him to a lead trauma centre.

In his statement Wednesday, Posterora said that the union believes the investigative process was focused on “finding fault, not on finding facts.”

“This latest action sends a disappointing and unfortunate message to the City of Hamilton’s paramedics and all paramedics provincially that bad patient outcomes may not only result in criminal charges, but now termination of employment as well.”

In a statement, Acting Hamilton Paramedics Chief Russell Crocker said that the service completed its investigation into the response to the shooting and that he could not confirm whether the two paramedics had been fired.

“As the matter is now before the courts and potentially involves both human resource and labour relations issues, we will not be providing details on the status of employment of the affected paramedics or the details of the internal investigation.”

Two Hamilton residents, identified by police as Dale Buringsky King, 19, and James Anthony Robert Matheson, 20, have been charged in connection with the death of Al-Hasnawi.