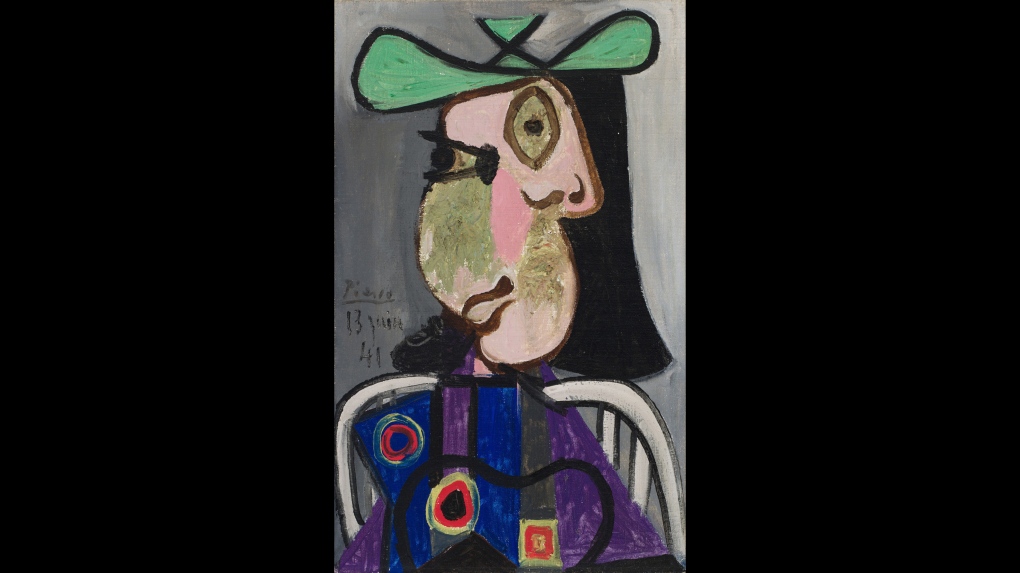 TORONTO -- A canvas by Pablo Picasso will hit the Toronto auction block tonight alongside offerings from some of Canada's most treasured artists.

The 1941 oil-on-canvas depicts photographer Dora Maar, who during her relationship with Picasso served as the principal subject of his "Weeping Woman" series.

Canadian highlights include a 1912 work by Emily Carr depicting a First Nations village in B.C.

Heffel says "Street, Alert Bay" is the first major Carr canvas to come to market in years and could fetch between $2 million and $3 million.

Comic legend Steve Martin is selling one of the several Lawren Harris paintings in his collection.

Three A.Y. Jackson paintings consigned by the Art Gallery of Ontario will also be open for bids.

This report by The Canadian Press was first published Nov. 20, 2019.