Over $2 million in cannabis and cash seized following raid in Mississauga and Bowmanville, Ont. 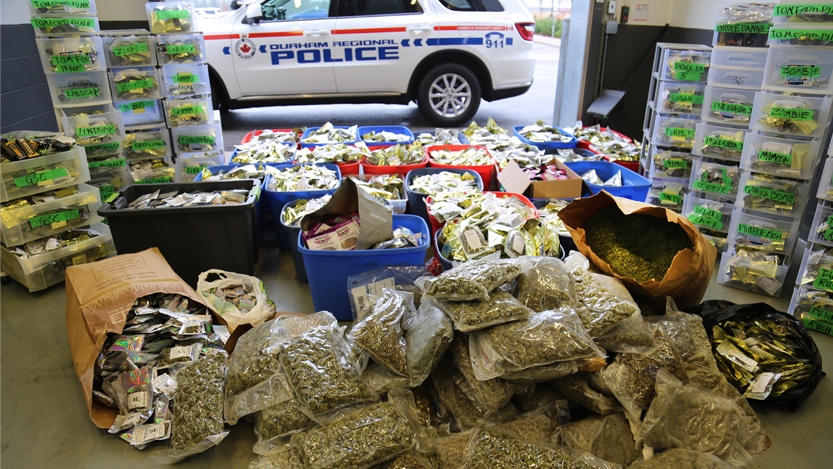 Police in Durham Region have seized more than $2 million in cannabis and cash following a months-long drug trafficking investigation. (Supplied)

TORONTO -- Police in Durham Region say they have seized two homes, more than $1.9 million in ready for sale cannabis and $150,000 in cash following a months-long drug investigation in Bowmanville, Ont.

The investigation, dubbed “Project Sorento,” began in mid-September after a citizen filed a complaint regarding possible drug trafficking in the area.

The complainant alleged that illegal drugs were being sold to youths in the community.

One of the residences is on Clipper Lane in Bowmanville and the other is on Sidmouth Street in Mississauga.

The two homes were seized and police say they found over $1.9 million in ready for sale cannabis, including shatter (THC extract), cannabis vape pens and edibles.

Those charges include possess proceeds of crime, possess cannabis for the purpose of selling, sell cannabis to an adult and possess illicit cannabis.

Anonymous tips can also be left through Crime Stoppers.