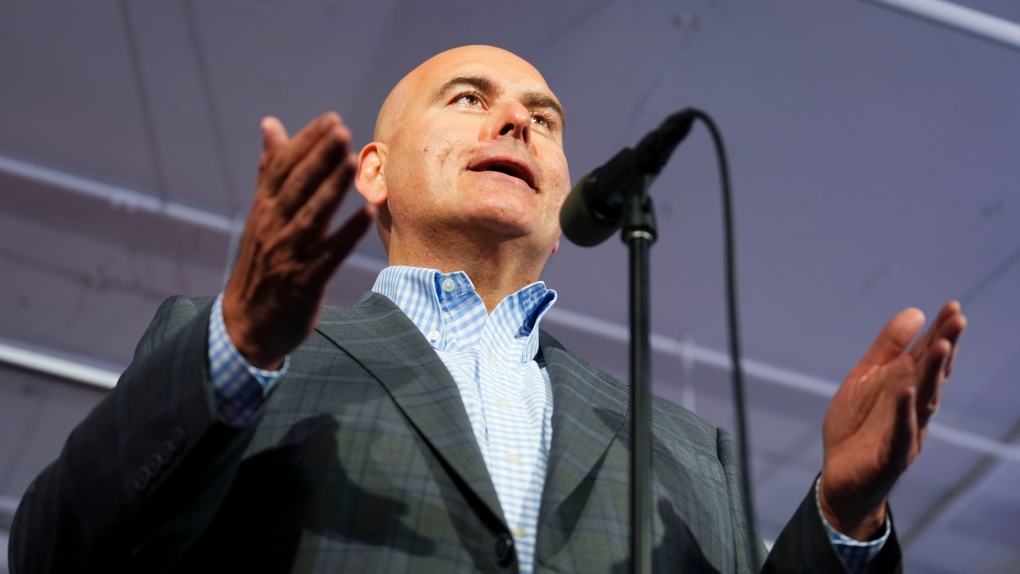 Outgoing mayor of Vaughan Maurizio Bevilacqua is endorsing Steven Del Duca for the top job as advanced voting opens in the city today.

Bevilacqua announced his endorsement Thursday morning while revealing a joint 10-point action plan with Del Duca on their vision for city growth.

"I thought that one of my responsibilities as mayor was to make sure that the person that would take over would be a responsible person who has worked with me in the past on major projects like the subway, like the hospital, hospice bond, for example, and also putting the fundamentals for economic growth together," he told CP24 Thursday morning.

Bevilacqua was first elected mayor in 2010 and won re-election in consecutive terms in 2014 and 2018. He announced in June that he would not be seeking another term in office.

Bevilacqua said Thursday he felt he had a duty to the residents of Vaughan to voice his choice for Del Duca as the next mayor.

"I can't think of a better person than Steven Del Duca, a dear friend, we share the same values and I think he will bring the type of stable leadership to our community that is required."

Del Duca said he's honoured to receive the endorsement and pledged to build on Bevilacqua's efforts to improve the city.

"That exceptional legacy that we talk about needs to continue to grow, needs to be built upon. And that's something that I am working so hard to earn the trust of the people of this wonderful city so that I can have the chance to keep moving the city forward, working closely with the new council, and most importantly working with the women and men who call this incredible city home," Del Duca said.

The politicians released their 'Bevilacqua-Del Duca Accord' today which outlines 10 key action targets, including keeping property taxes low, a people-focused government, dedication to environmental sustainability and a focus on fighting gridlock.

Del Duca announced in Aug. that he would be running to become the city’s next mayor, a couple of months after stepping down as party leader of the Ontario Liberals following his crushing loss in the provincial election in June.

The Liberal lost to incumbent PC candidate Michael Tibollo in Vaughan-Woodbridge, who also beat Del Duca in the same riding in 2018.

Del Duca has lived in Vaughan for the past 35 years with his wife and two daughters.

"...I just think that the current mayor has thrown his support behind someone who has absolutely no municipal experience and someone who has, frankly, I mean it's known that he has lost over the past four years. He has lost consecutively. He has not had the confidence of the residents, but yet the mayor wants to endorse him," she said.

There is a total of seven candidates running in Vaughan's mayoral race.

Advanced voting opened online and in-person for Vaughan residents today and runs through to Oct. 20.