A Remembrance Day service was held on Monday morning at a cemetery in Toronto’s west end where fallen soldiers were buried more than 100 years ago.

“At a time when there was a need to find suitable area to bury our fallen soldiers,” the manager of the cemetery, located on St. Clair Avenue West near Dufferin Street, Patty Harris told the hundreds of people attending the 8 a.m. ceremony.

“Known as the ‘Field of Honour,’ it is a space where we can pay tribute together to remember our veterans who endured many hardships, who fight in protection of the freedom we enjoy today.” 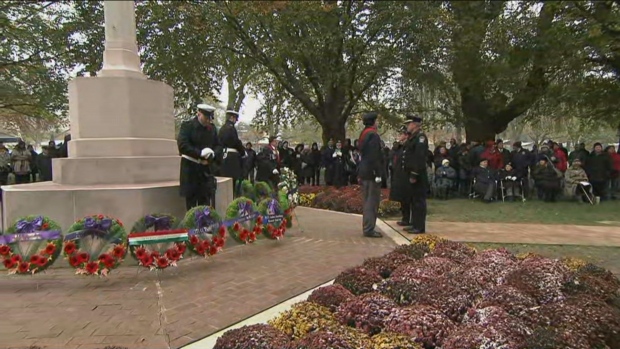 “This morning, we remember together the courage of the thousands who have gone into battle to secure our future because without the strength and bravery of our veterans we would not be in the country we are in today.”

Harris said “our gratitude is immeasurable.”

This is the 92nd year of the Sunrise Service being held, which honours Canadian and allied veterans and their spouses.

Among those honouring loved ones who fought in the First World War was Walter Stevens. He said his great-grandfather was a war veteran, but he only found out in the past decade. 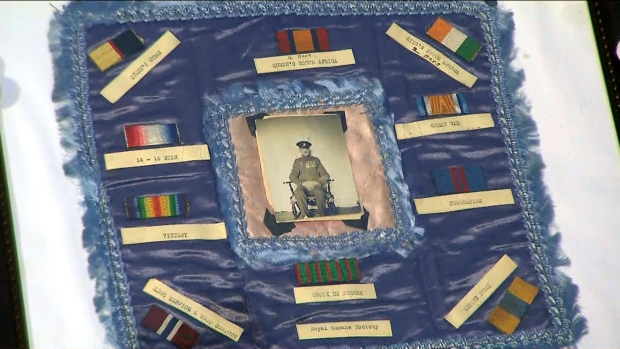 “After the First World War, they took the fort and garrisoned it out to families when they came back,” he recalled. “Myself and my grandmother and great aunts all lived there as a family unit right up until his death in 1932.”

“I’ve been coming every year – this is my ninth year in a row – ever since I found out. Family doesn’t relate history very well as you grow up as a child so you don’t hear anything, even my grandparents, both my grandfathers, they never talked about the war so you only find stuff out later on when you research it all on your own.”

Mayor John Tory was also in attendance of the ceremony and laid a wreath at the Cross of Sacrifice on behalf of the City of Toronto.

Attended the #RemembranceDay service this morning at Prospect Cemetery with members of the @RoyalCdnLegion to honour our veterans who have sacrificed so much for Canada, while remembering those who still continue to serve our country. #LestWeForget #TorontoRemembers pic.twitter.com/s33gFfjOCH

The cross is a Commonwealth war memorial designed in 1918 by Sir Reginald Blomfield and installed in Commonwealth war cemeteries containing 40 or more graves. Prospect Cemetery is one of the oldest in Canada and was built in 1890.

The Toronto ceremony was started by members of the ladies auxiliaries in the years following the end of the First World War.

Each year when the ceremony is held, the members lay a long-stemmed poppy on each veteran’s grave to honour their service and sacrifice.