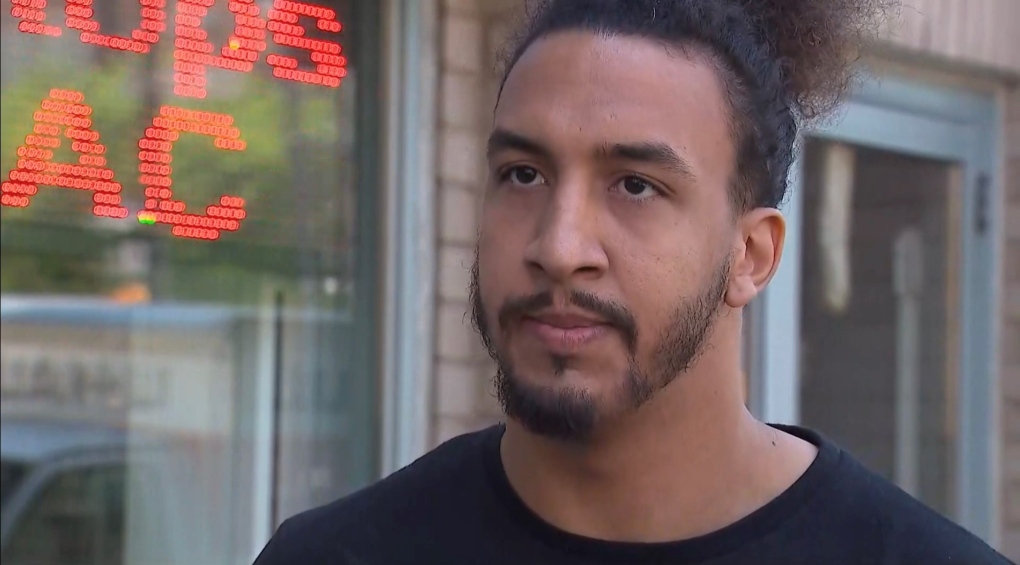 TORONTO -- The Ottawa Redblacks say their decision to release a player suspended by the Canadian Football League club after Toronto Police launched an investigation into a possible hate crime earlier this month was based on roster size.

Canadian defensive lineman Chris Larsen was one of six players released by the Redblacks on Thursday.

The Redblacks said in a statement the cuts were made in an effort to bring the roster down to the allowable limit prior to the start of training camp.

Larsen was never charged and Calvin Barry, his lawyer, said last week his client is not a suspect in the crime.

Barry said the University of Manitoba product talked to police and was cleared for an alleged assault on Toronto Island on June 5.

A 24-year-old man was arrested for aggravated assault last weekend and at the time of the arrest, police said the investigation was ongoing.

Investigators previously said a man and a woman were walking to the docks on June 5 when a disagreement broke out between them and a group of other people.

Police say a man from that group made the comments, and two men from the group assaulted the male victim, leaving him with significant injuries.

Officers said they were seeking three suspects - two men and a woman.

Barry didn't immediately respond to a request for comment from The Canadian Press about Larsen's release.

On the night of the suspension, Mark Goudie, the CEO of the Redblacks' parent company, Ottawa Sports and Entertainment Group, said “We are particularly sorry for the trauma caused to the 2SLGBTQ+ community.”

The Toronto native was picked in the sixth round, 54th overall, by the Redblacks in the 2019 CFL draft.

Larsen returned to Manitoba for the 2019 season.

The 2020 CFL season was cancelled because of the COVID-19 pandemic, but the league has announced 2021 training camp will start next month with the season opening in August.

This report by The Canadian Press was first published June 24, 2021