TORONTO -- After learning of a Toronto initiative called the “Little Free Pantry,” in which neighbours share food and other goods with those who need it, Derrick Webber decided to launch his own in his Oshawa, Ont. neighbourhood.

"There has been an outpouring of generosity from the community." Webber told CTV News Toronto.

"We’ve noticed there’s been some use, some things have been taken."

The initiative encourages people who are able to leave canned or boxed goods inside the pantry so that others who need it can take it.

Webber said the pantry is even more important during COVID-19 as there are a lot of people out of work. 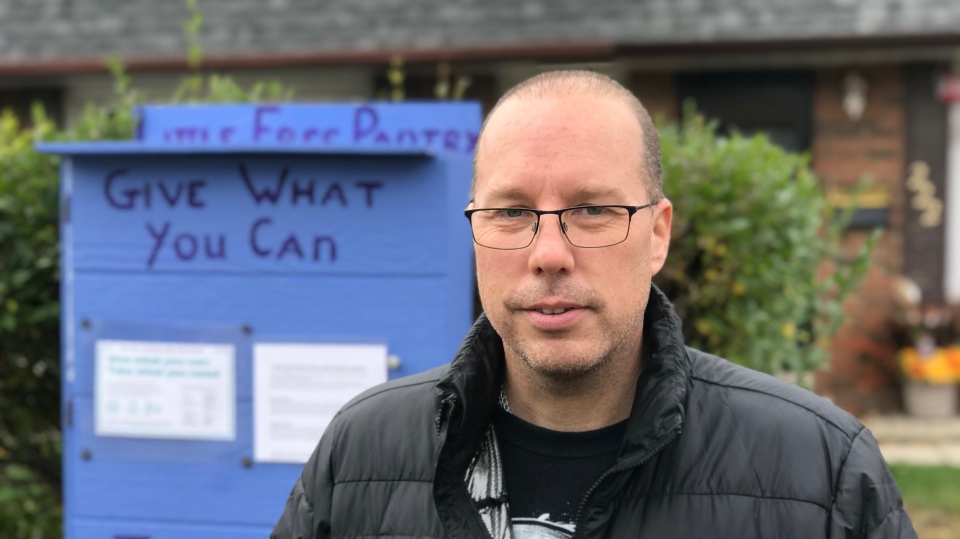 The response has been so great that there isn't enough room in the Little Pantry itself. Webber and his wife have had to take some donations and place them in the house or in a box on their front porch on Vancouver Street.

They have received everything from canned goods, and pasta to toothpaste and even face masks.

Aaron Johnson lives down the street and thinks every community should have one.

"Everyone coming out and helping each other, now is the best time to do it."

As for Webber, he encourages anyone who needs food or anyone who has friends who could use a little help to stop by and take something.

"I’m going to keep it up, it’s permanently in. I’ve cemented it into the ground so it’s not going anywhere."