A 47-year-old Oshawa man who killed and dismembered two young women has been found guilty of first-degree murder and manslaughter in connection with their deaths, a judge ruled Tuesday.

Adam Strong was initially charged with two counts of first-degree murder in the deaths of 18-year-old Rori Hache, who disappeared in 2017, and 19-year-old Kandis Fitzpatrick, who was last seen by her family in 2008.

In his decision, Ontario Superior Court Justice Joseph Di Luca said he was satisfied beyond a reasonable doubt that Strong sexually assaulted and murdered Hache, who was believed to be pregnant at the time she was killed. Strong was subsequently found guilty of first-degree murder in Hache’s death.

But Di Luca said there was insufficient evidence to prove that Strong intended to murder Fitzpatrick, saying only that it was clear the accused "unlawfully caused her death."

"He probably did (intend to kill Fitzpatrick)," Di Luca said. "But probably is not the test." 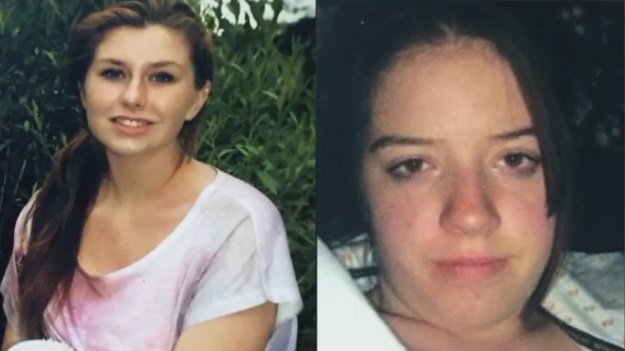 Hache was last seen on Aug. 30, 2017 and the investigation into her death began after her torso was discovered by a fisherman in the Oshawa Harbour on Sept. 11, 2017.

Di Luca said despite an “extensive police investigation,” officers were unable to identify a suspect.

The judge said it was a “happenstance event” that led investigators to Strong.

Officers were called to Strong’s apartment on Dec. 29, 2017 after two plumbers discovered what appeared to be flesh in a clogged drain at the home.

For days Strong had attempted to resolve the plumbing issues himself but when he was unsuccessful, the upstairs tenant and landlord opted to hire professionals.

By the time the plumbers arrived at the home, the sewer had backed up into Strong’s basement apartment but Di Luca said the plumbers noticed a smell far worse than sewage.

Strong appeared anxious and was hovering around them as they tried to work, the plumbers said.

The plumbers then located what appeared to be flesh in the drain and the decision was made to notify police.

When police arrived and questioned Strong, to their surprise Strong admitted that he had attempted to flush human remains down the toilet, Di Luca said.

The officers testified that Strong exclaimed, “Ok you got me. The gig's up. It's a body.” Di Luca said Strong also told the officers that they could find the rest of the remains in a freezer in his bedroom.

During a search of Strong’s apartment, police found a dead raccoon and numerous body parts, including Hache’s severed head, in black garbage bags inside the freezer.

A number of air mattresses were also located by officers, including one that had been crumpled up by the washing machine. The mattress had a V-shaped cutout and blood was detected on the bed in six different areas.

A pulley system with ropes was located on the wall by the head of Strong’s bed, Di Luca said, along with a pet leash that was hung up beside it. Blood, he said, was found on the leash and a nearby wooden walking stick. Blood splatter was found on the walls and ceiling of his bedroom, Di Luca added.

Di Luca said after considering all the evidence, he believes Hache was killed in Strong’s bedroom sometime between Sept. 1 and Sept. 3.

The judge said evidence of a “blood-letting event” in Strong’s bedroom leads to the conclusion that Hache died on or near the air mattress Strong was using as a bed. He rejected the defence’s assertion that the blood found on the mattress was from “dismemberment activities.” Di Luca also denied the plausibility of the claim that Hache died of a drug overdose, as was suggested by the defence. 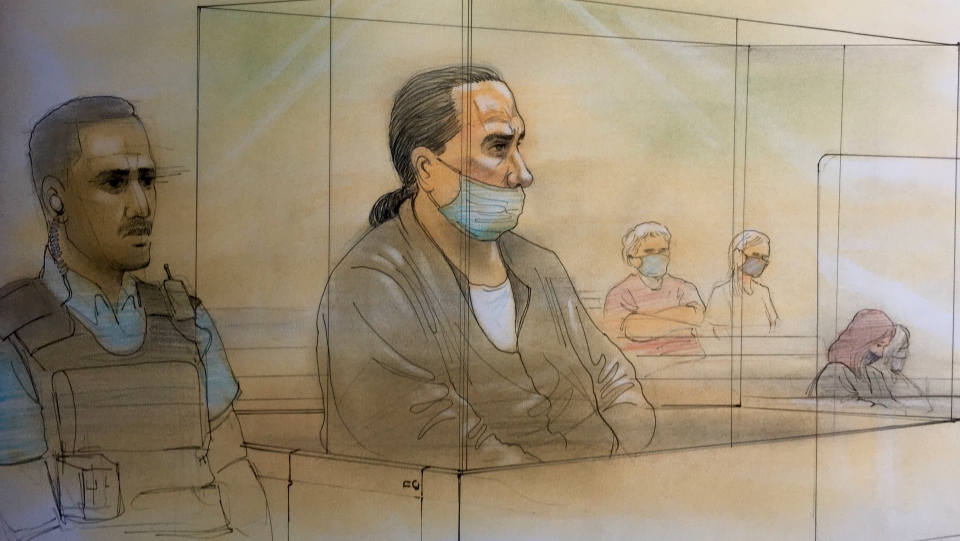 Di Luca says the severe head injuries found during Hache’s autopsy were likely from Strong repeatedly striking her in the head and face with a hard, blunt object, such as a hammer.

The blows, he said, likely caused blood to deposit on objects around the room, including the wooden walking stick and the leash.

Di Luca said it is clear the two were engaged in a sexual act at the time of her death. He noted that while it is possible it started out consensual, any consent would have evaporated when the beating began.

Homicides carried out during a sexual assault are elevated to first-degree murder.

He said he believes Strong’s “meticulous” and “prolonged” dismemberment of Hache’s body suggests he was attempting to “obscure her cause of death” and the fact that there had been a sexual encounter between them.

Di Luca said the dismemberment included the removal of her sexual organs and Strong told police that he found no evidence of a pregnancy after removing and examining her reproductive system.

Flesh was also removed from her arms and legs, Di Luca said, possibly in an attempt to conceal bruising.

In his decision, Di Luca said while he is satisfied that Strong killed Fitzpatrick and dismembered her body, there was a lack of evidence to prove he murdered the young woman.

Short of a few comments he made to detectives, there was no concrete proof that he intended to kill her, Di Luca said.

In his second police interview, which lasted for approximately 12 hours, Strong told the detective that he forgot that he still had the Wyoming Knife, which he referred to as “damning evidence.”

“Wow. Procrastination. And I know it sounds really cold but when you think about how little it would have taken to do away with that,” he said during the interview.

When discussing the subject of serial killers, Strong asserted that there had to be at least three victims to be labelled one.

“I don't think I would have continued,” he told the detective during that conversation. “But I can't say that sorry.”

Strong also told police that he "gladly would have flown under the radar for the rest of his life."

He told the investigator that he was advised to “hold back some cards" in order to secure a deal later.

"If I got what I want, I'd spill it," Strong told the detective.

He also admitted to the detective that lying about killing or raping a woman was something he would reasonably be prepared to do as a matter of self-preservation.

In his police interview, he said he felt bad that he “got caught” but that was likely where the remorse ended. 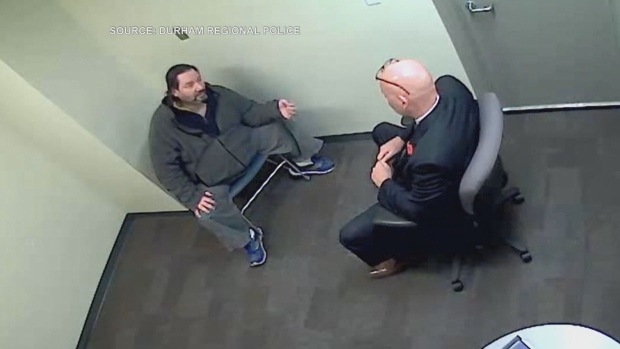 He blamed “faulty plumbing” for the reason he was apprehended.

Strong told police about his “really bad childhood” and said he didn’t think he would have done what he did if he “had been nurtured.”

A first-degree murder conviction carries a mandatory sentence of life in prison without the chance of parole for 25 years. Strong's sentencing hearing is expected to take two days and is scheduled for April 21 and April 22.