Const. Bindo Showan pleaded guilty to breach of trust and was given a one year suspended sentence last week in a case that gives insight into one aspect of corruption in the tow truck industry that pulled in even an experienced officer with excellent reviews.

“The fact that this was a highly competitive industry rife with problems should have resulted in the police behaving with scrupulous care. Rather than being part of the solution, however, Mr. Showan became part of the problem,” Justice Gillian Roberts said in her address on Thursday.

But as for whether Showan himself got a kickback, Roberts said she didn’t have evidence either way.

“No evidence of personal gain means the Crown has not proved an aggravating factor. It does not mean that the defense has proved there was no personal gain,” she said.

Showan didn’t have anything to say when approached by a CTV News reporter outside Superior Court in Toronto.

Showan admitted in court that instead of following the policy of the first available tow truck, he sent more than $500,000 worth of towing jobs to businesses run by Steve Pillay, whose full name is Sutheshkumar Sitthambarpillay.

Pillay was a fixture on the reality show “Heavy Rescue 401” on Discovery, which, like CTV News, is a division of Bell Media. He also gave interviews to CTV News Toronto for several towing-related stories. 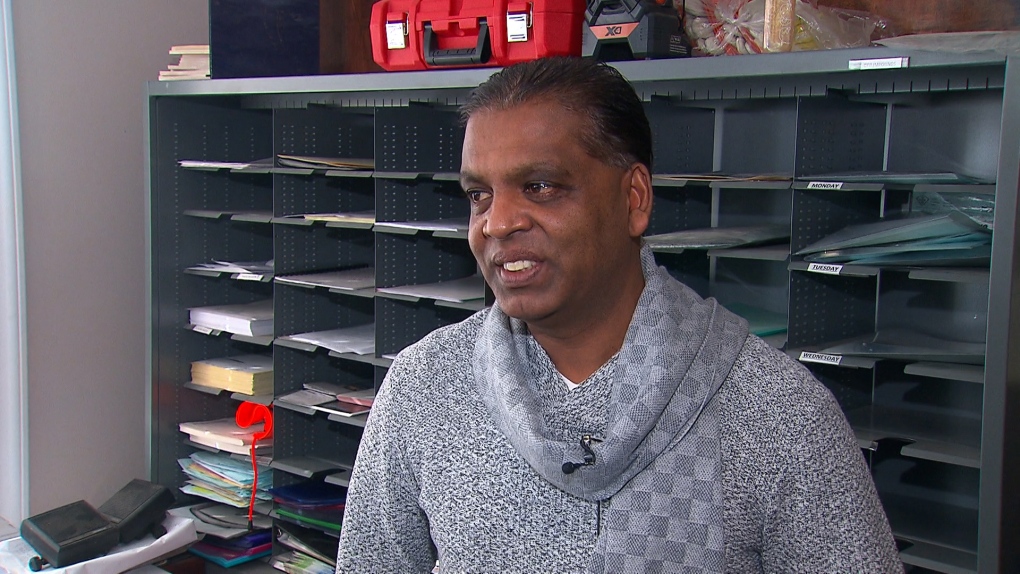 Of all the tows in a two-year period referred by Showan, about 78 per cent of them were sent to companies controlled by Pillay, Roberts said. It added up to about 250 tows, or more than two a week.

The pair communicated regularly over the phone, with their conversations intercepted by the OPP. Officers also tailed Showan, the judge said, but that surveillance was interrupted when Const. Showan — himself experienced in undercover work — noticed the officers, and he stopped referring tows. 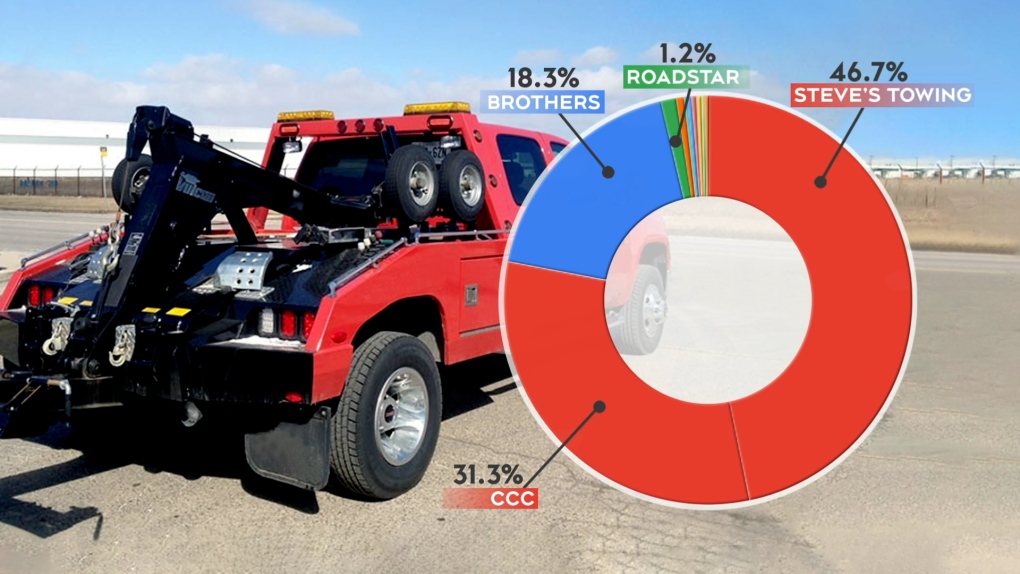 Tow truck companies in red are controlled by Steve Pillay.

This is hardly the only set of crimes related to the GTA’s troubled tow truck industry. Last year court heard how the Toronto Police’s Project Kraken cracked down on tow trucks involved in violent heists.

There have also been arsons, murders, and one guilty plea last week relating to obstruction of justice — covering up evidence in a shooting at a Scarborough gas bar, where video shows two tow trucks waiting nearby, their engines on.

A Toronto Police officer, Ronald Joseph, is accused of collecting kickbacks for collision tip-offs, staging a collision, and sharing a police radio — charges which have not been proven in court.

OPP officers were reminded not to play favourites several times, Roberts said Thursday. Since Showan’s arrest, the OPP has also introduced new checks and balances for its officers.

And on 400-series highways in the GTA, there are now new rules where only certain companies will be allowed to operate.