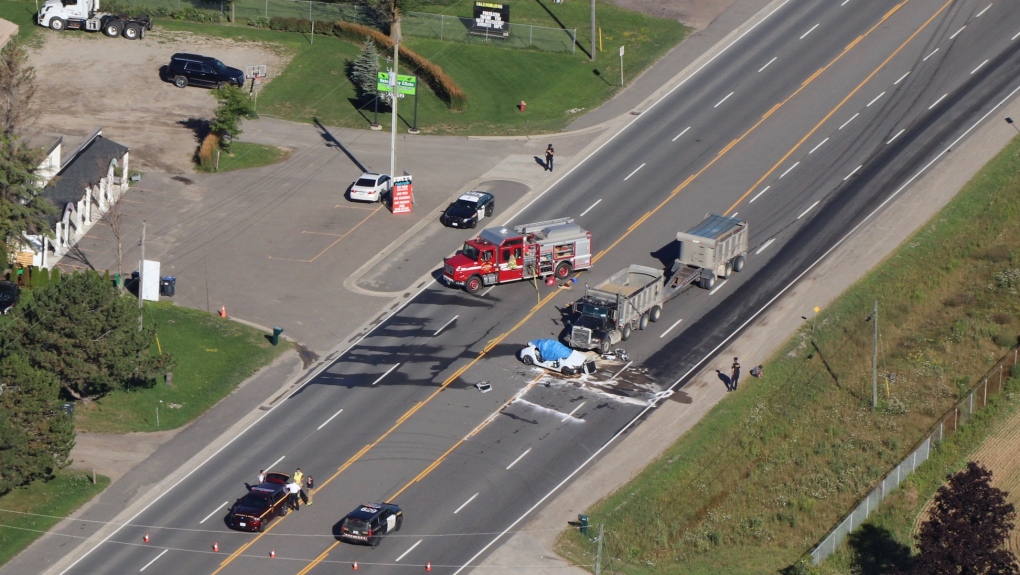 TORONTO -- One person is dead after a car and dump truck collided in Caledon early Wednesday morning.

Ontario Provincial Police say the driver of a sedan was killed after colliding with a dump truck in the area.

The age and gender of the victim have not been released.

Police are continuing to investigate the cause of the fatal crash.

Highway 10 is closed from Grange Street and King Street and Olde Base Line Road is also shut down from Kennedy to McLaughlin roads for the police investigation.

The area is expected to be closed for several hours, police say.

Police are asking anyone who witnessed the collision to come forward and speak to investigators.