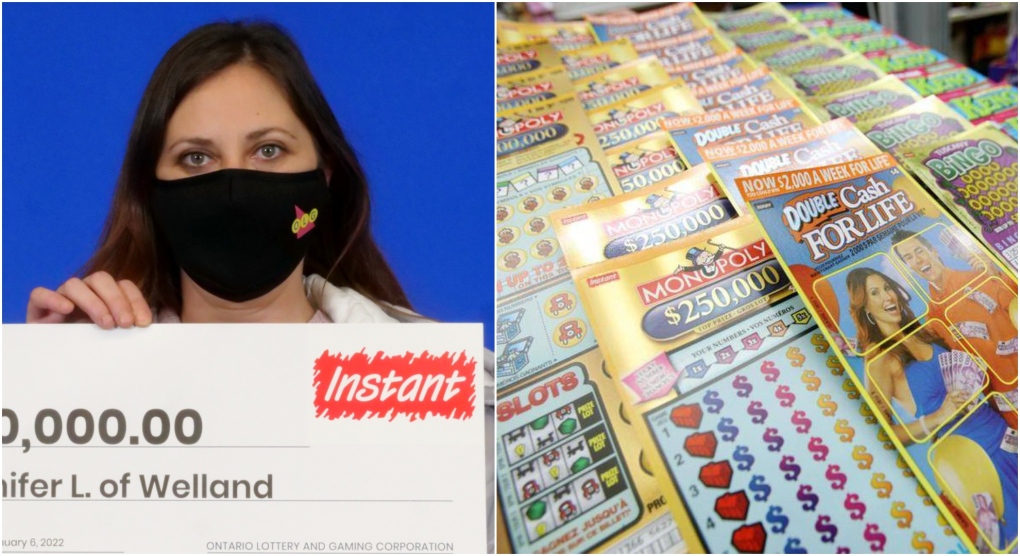 Welland, Ont. woman Jennifer Lafleur won $250,000 on a scratch ticket gifted to her in a "Secret Santa" this holiday season. (OLG)

An Ontario woman is $250,000 richer after she won the top prize on a lottery scratch card given to her in a "Secret Santa" gift exchange at work.

Welland, Ont. woman Jennifer Lafleur said she scratched the 'Merry & Bright' lottery ticket when she got home from work on the first night of her Christmas holidays and said her heart starting pounding when she realized she had won.

She told the OLG she texted her husband immediately and told him to come home.

"I passed him the ticket and he asked if it was real, then gave me a big hug," the 41-year-old told the OLG.

The health industry employee said she plans to pay part of her mortgage and also put money aside for her children’s education.

"I'd also like to invest and save some for a family vacation," she said. "I have lots of decisions to make."

The OLG said Elizabeth Lumbo and her ex-husband Arlene Lumbo will each take away $22,011,636 after winning the July 20 draw.