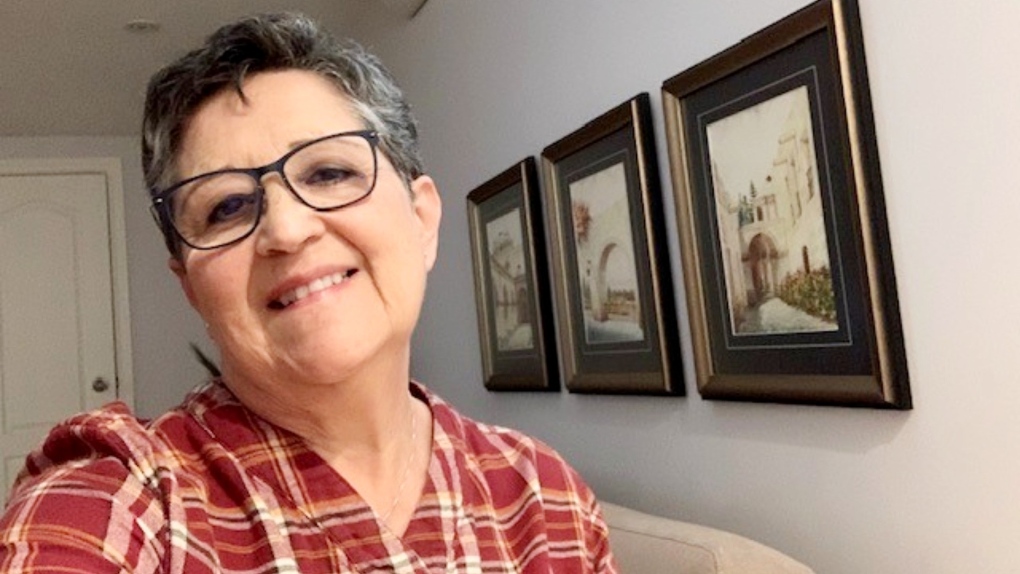 Ontario woman Rosina Ego-Aguirre is out nearly $9,000 after her credit cards were stolen in Toronto. (Supplied)

An Ontario woman is warning people about what they choose as their credit card PIN after she said RBC refused to refund nearly $9,000 in fraudulent charges.

Ajax woman Rosina Ego-Aguirre said she went to downtown Toronto with a friend to visit Ripley's Aquarium in early April. Before getting to the aquarium, Ego-Aguirre said, she stopped for coffee, and at some point her wallet was taken out of her purse.

She said she had five cards inside her wallet, including three from RBC, one from BMO and one from Tangerine.

The 70-year-old said within two hours of her wallet being stolen, more than $20,000 in fraudulent purchases had been made on her various cards, including $9,242 through her RBC cards.

"I got a voice message from RBC telling me that there was unusual activity on my credit card," Ego-Aguirre told CTV News Toronto.

Ego-Aguirre said she called RBC back immediately to discuss the transactions, but waited on hold for more than 40 minutes without answer. Still downtown, she decided to go to the nearest branch to have her cards blocked.

She said she waited more than two hours for the branch to get a hold of RBC's fraud department. Ego-Aguirre said she was eventually given a provisional client card to use and was told RBC would follow up with her in the coming days.

"When I was dealing with the fraud department, the lady asked me questions about my PIN," she said.

Ego-Aguirre said she was asked by RBC if she used a PIN that was associated with her birthday.

"I said, 'Yes.' I was honest, I wasn't going to lie,” she said. "Then they told me they couldn't refund anything because it was my fault."

According to Ego-Aguirre, RBC will only refund her $470 in charges that were processed using tap. She says $8,772 in transactions completed by the thieves using a PIN won't be refunded because her numbers were not secure enough.

Ego-Aguirre said both BMO and Tangerine, where she uses a similar PIN, refunded the full amount within days.

"The manner in which I was treated by RBC during this experience has added to the trauma of being a victim of crime, and has further elicited strong feelings of deception, rejection, betrayal and pain," she said.

"My husband and I both are retired. We're senior citizens, and we live on a pension. What they are trying to withhold from me is basically a year's pension," she said. "In my household, every penny counts."

In a statement to CTV News Toronto, RBC said "in all instances (of fraud), we work with the client throughout the process and keep them informed, as we are continuing to do so in this case."

"Clients should choose a PIN they can easily remember, but avoid numbers and letters that others might guess, such as your birth date, phone number or address."

"I feel that I have been let down by the institution I trusted for the past 43 years," Ego-Aguirre said.