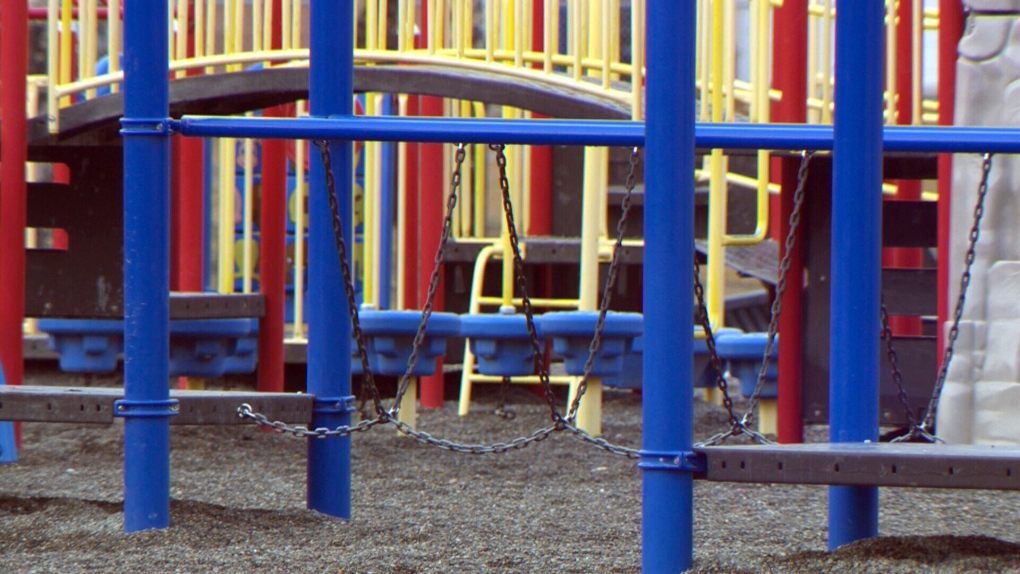 TORONTO -- An Ontario mom is upset after her daughter’s school sent out a notice saying students are not allowed to participate in activities on the playground before the start of class in the morning. But the school board says the morning outdoor play ban is an “interim measure” due to soil erosion.

Amy Baxter of Cambridge, Ont., has a young daughter in senior kindergarten who attends Silverheights Public School. She told CTVNews.ca she received an email from her daughter’s school on Tuesday morning titled: “Before School Entry”.

“Just a reminder to parents and students that students should not be participating in organized activities (eg: soccer, basketball, volleyball) or be on the creative climber prior to the school day starting,” the notice said. “Most students are not on the property longer than 10 min before the bell goes. Students may simply chat with their friends while waiting for the bell to ring and enter the building.”

A spokesperson for the Waterloo Region District School Board told CTVNews.ca that the restriction on outdoor play before school starts is “an interim measure.”

“There is some soil erosion happening on school grounds near the soccer field and basketball court that students are asked to avoid. We are working with our facility services department to make the necessary repairs,” the spokesperson said in an email.

But Baxter called the school board’s response a “cheap cop-out,” saying the school never sent out any notices about soil erosions or safety concerns. She said it doesn’t make sense that soil erosion would restrict play before the school day starts, but not during recess.

She also pointed out that the school notice doesn’t mention soil erosion and that basketball is played on concrete, not dirt.

The school board did not respond to follow-up questions about why soil erosion wasn’t cited in the initial notice to parents. The school board spokesperson only said that the school “is working to end the interim measure as quickly as possible.

Baxter said she shared the notice with CTVNews.ca because she was shocked that a school would try to stop students from playing or exercising before class.

“No organized activities mean kids can’t play soccer with their friends on the field. It simply says they should stand there and talk to each other,” she said.

“Some parents are commenting on my Facebook post about how they drop their kids off at school to burn off energy before they have to sit still and concentrate.”

“I’m hoping by speaking out it prevents it happening to other schools,” Baxter added. “I haven’t heard about it being an issue in other schools in the Waterloo region.”

The school board said it welcomes “any parents who have any questions or concerns to contact the school and speak with the principal directly.

With files from Sonja Puzic