Joanne Labelle loved escaping, but she didn’t need to travel far. All she needed was a campfire and a trailer.

On May 21, the 64-year-old was on a camping trip in Peterborough, Ont. as a powerful storm struck the province. She was watching over the site while her husband and friend ran to the store.

“All I know is she was hit by a tree,” Zachary said.

Joanne was one of 11 people killed by the severe storm, ten of whom were killed by falling trees.

“She always had a smile on her face and she always made it a point to brighten everyone’s day,” her son said.

Growing up, Zachary said Joanne and her husband planned family trips for him and his brother every weekend they had the chance.

“Family time near the fire, that was always a big part of camping for me,” Zachary said. “She would take me fishing.”

Joanne had planned to keep that tradition going and was planning an upcoming camping trip with Zachary’s older son. “She was amazing,” Zachary said. “She would try to get time with [her grandchildren] multiple times a week.” 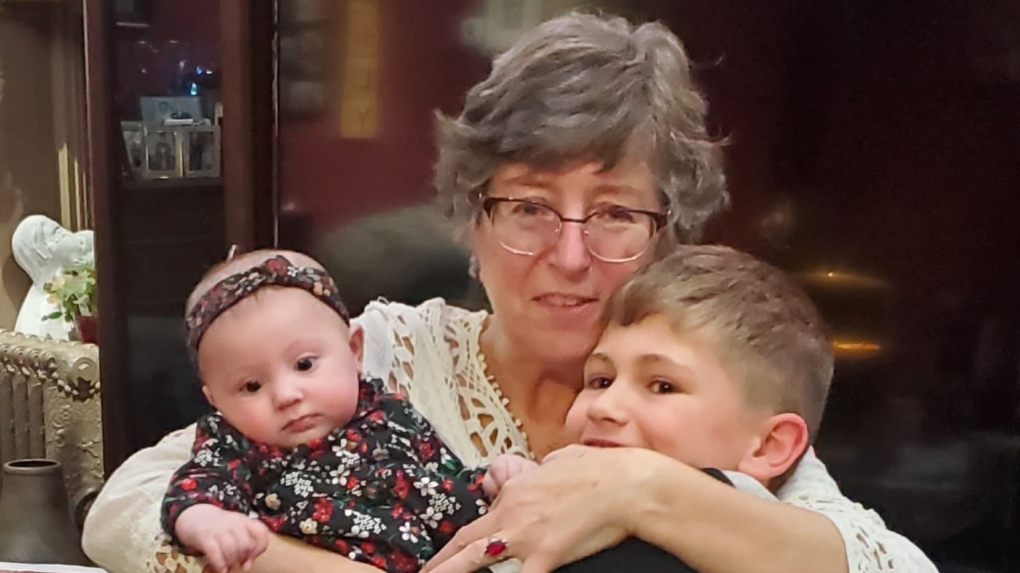 Joanne Labelle is photographed with her grandchildren (Supplied).
“She was as good a mother as she was a friend as she was a co-worker.”

Zachary said his mother worked at a Shoppers Drug Mart for 41 years in Cornwall, where she was born and raised.

That included working on the frontline of the pandemic, performing COVID-19 testing and administering vaccinations. “She dealt with those kinds of stresses really well.”

Joanne was the kind of person who kept in contact with dozens of friends, even dating back to her college days, no matter how far across the province or country they lived, her son said.

“It didn't matter if she was camping or not, she was always doing something with somebody,” Zachary said.

“She always focused on others.”

Ottawa man Robert Hayami was also killed during the storm. The 49-year-old was golfing with his son when he was struck by a tree and later died in hospital.

"They saw the storm coming from what I hear, they got in their carts and headed towards the clubhouse and a tree hit Rob and the golf cart. Unfortunately, he was in the wrong place at the wrong time," Steve Hamre, Robert’s life-long friend, told CTV News Ottawa.

Their friendship began back in Grade 1. "It was always easy to pick up the phone and say, 'Hey Rob, let's meet here,' and he'd be there. Unfortunately, we can't do that."

Hyami leaves behind his wife Kristine, son Owen, his parents and a large extended family.

A child welfare worker is telling a coroner's inquest that had she known an Indigenous teen in her care had a history of suicidal thoughts and self-harm, she would have tried to talk to him about it.