TORONTO -- A Whitby, Ont. woman says she tried for months to get back into her Facebook account, which has been hacked by a total stranger.

Annalise Debartolo-Morgan says she has been on Facebook for about 12 years without any trouble, using it to stay in touch with family and friends as well as for business purposes.

“I noticed in January that someone had taken over my account,” Debartolo-Morgan said. “He has added all these pictures, but the other photos are of my sons and other family members.”

“There are 12 years of family photos on there. It has where my kids go to school and also my personal business is on there.”

When Debartolo-Morgan contacted Facebook she says she was directed to a self-help area on the website for users with hacked accounts. She says it was impossible to talk to an actual person.

“When you write to them and they respond and it’s an automated response,” she said. “If anyone looked at this account it would be blatantly obvious that this person running this account is not me." 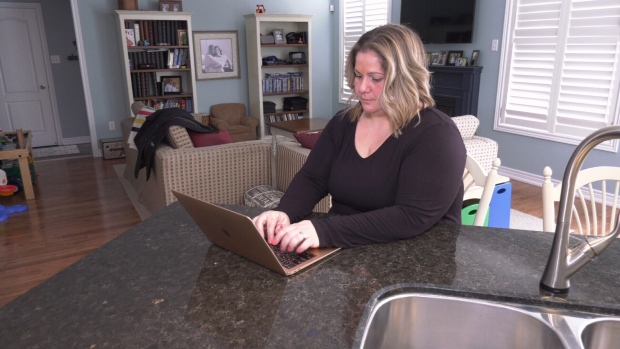 Meg Sinclair, corporate communications with Facebook Canada, told CTV News Toronto that, “the best course of action if they suspect their accounts have been hacked is to visit facebook.com/hacked and follow the steps outlined there.”

When that didn’t work for Debartolo-Morgan, Facebook eventually got someone to look into her situation. After one week, Debartolo-Morgan said she now has gained control over her account.

While she is happy with the results, she called the process a frustrating experience.

Facebook said that what happened is not typical when an account gets hacked. The company said it will pass this case on to the team at Facebook that deals with hacked accounts to try and learn from it.