TORONTO -- When a Brampton, Ont. woman wanted to sell jewellery to get some money during the pandemic in March, she said she thought an e-transfer was the safest way to do the transaction.

“I didn't think for a second there would be any issues because once the money is deposited into your bank account it's final – there is no reversal," Victoria Tran told CTV News Toronto.

Tran said she posted a diamond necklace for sale on Facebook Marketplace and someone agreed to buy it for $1,750.

They agreed to meet in person and Tran said she handed over the necklace once the buyer agreed to e-transfer her the funds.

She said that five months after receiving the money in her account, the Toronto-Dominion Bank [TD] froze her account and said the money she received was fraudulent.

Tran said she was told she shouldn't have accepted an e-transfer from someone she didn't know. 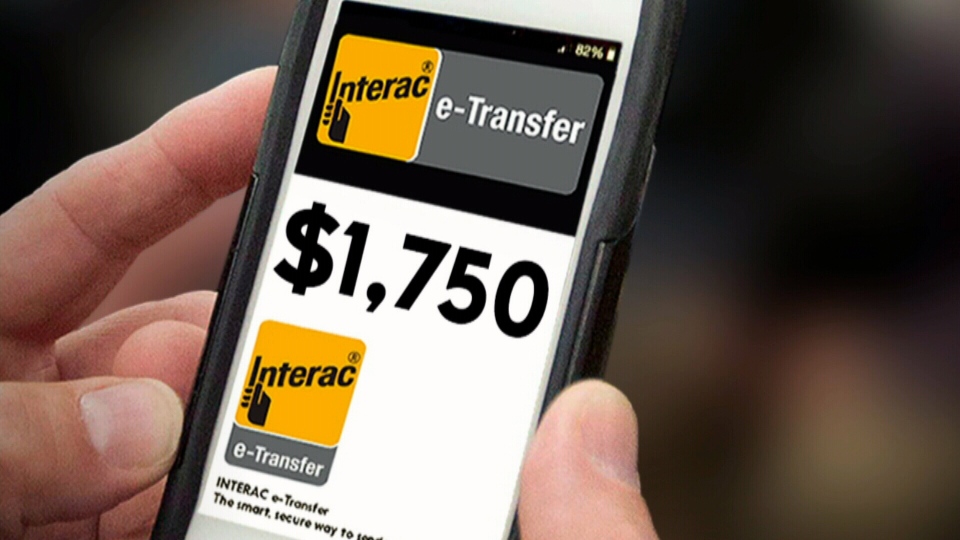 “They told me take this loss of $1,750 as a life lesson to not transact with strangers and only use Interac between family and friends,” she said.

David Allard also of Brampton said he was dealing with a legal issue in February and had to send his lawyer a $1,000 payment.

However, the e-transfer, he said, was intercepted by someone who was able to cash it and his lawyer never got the money.

“They (the bank) can see that I sent the money where it was initially supposed to go to, but it was intercepted and they couldn't give me any more information than that,” Allard said.

Allard said he made several appeals to TD Bank, but he was told an investigation found no wrong doing even though the funds went to someone they weren't supposed too.

“I asked if they can reverse it and they said no [and that] once it's deposited, they can't reverse it," Allard said.

TD Bank told CTV News Toronto that issues of fraud are reviewed on a case-by-case basis and that clients must take precautions to make sure they're dealing with a trusted source when transferring or receiving funds.

"When sending an Interac e-transfer, it's important to ensure the recipient's email address is correct, and the security question and answer is not easily guessable,” a spokesperson for TD said about Allard’s case.

In Tran's case, the bank said, that "due to customer privacy we cannot provide specific details, but can confirm that we have resolved this concern with our customer.”

Tran did tell CTV News Toronto that the $1,750 was eventually released back to her account, but in Allard’s case he said his money wasn’t returned.

Allard said he had to pay his lawyer another $1,000 and says from now on he'll no longer use e-transfers.