Disclaimer: This story contains material some viewers may find graphic.

A 23-year-old Ontario woman has been charged under the provincial welfare services act after a graphic video of a horse being dragged surfaced online.

One video shows the horse being pulled with ropes as its back hooves drag along a road.

The Ministry of the Solicitor General said animal welfare services began an investigation and has charged Solstice Pecile with "causing distress to an animal." The ministry said Pecile is from the Township of Cavan Monaghan, which is located southwest of Peterborough, Ont.

Equestrian Jamie Lorentz, who saw the graphic videos online, has been trying to raise awareness with authorities.

"It’s the worst thing I’ve ever seen in the industry," Lorentz said. "I think it’s a big step. It’s showing our voices are being heard and occurrences like this can’t be swept under the rug."

Northumberland Ontario Provincial Police say an investigation is ongoing into a possible animal cruelty incident, which began on Nov. 3, in conjunction with animal welfare services. They said their investigation was prompted by a video posted online involving a horse. 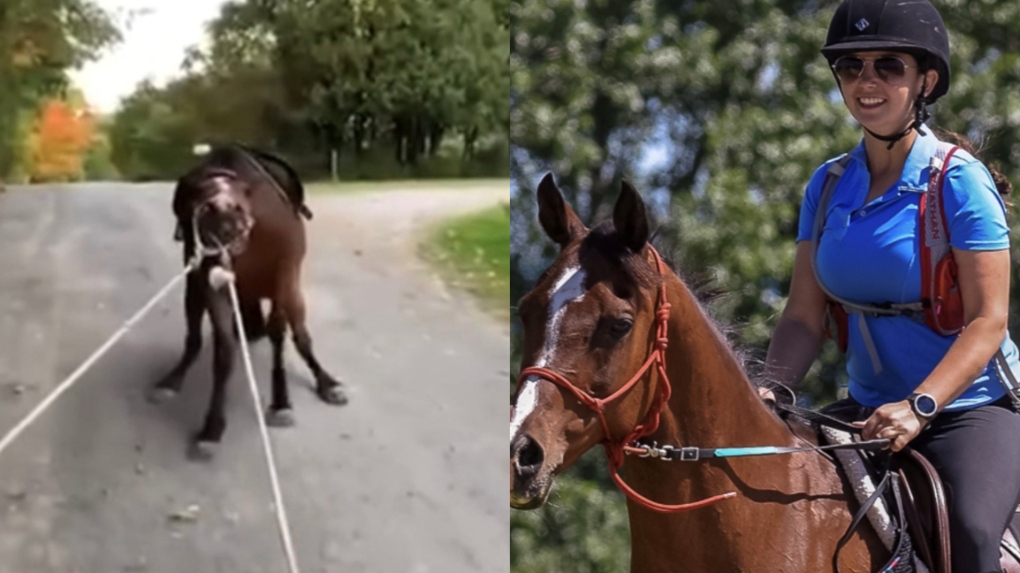 The first image shows a video of a horse being dragged by a rope (Facebook). Two sources have identified the second photo as Solstice Pecile, a 23-year-old woman charged under the provincial welfare services act (Wishing Stone Farm).

Within that area, two sources have confirmed Pecile worked at Wishing Stone Farm. According to its website, the farm offers a range of services including horse boarding and training.

CTV News Toronto attempted to track down Pecile on the phone and at the farm. However, no one answered the door at the farm on Friday or has returned calls since.

The Ministry of the Solicitor General said it expects Pecile to appear at a provincial offences court date in January.