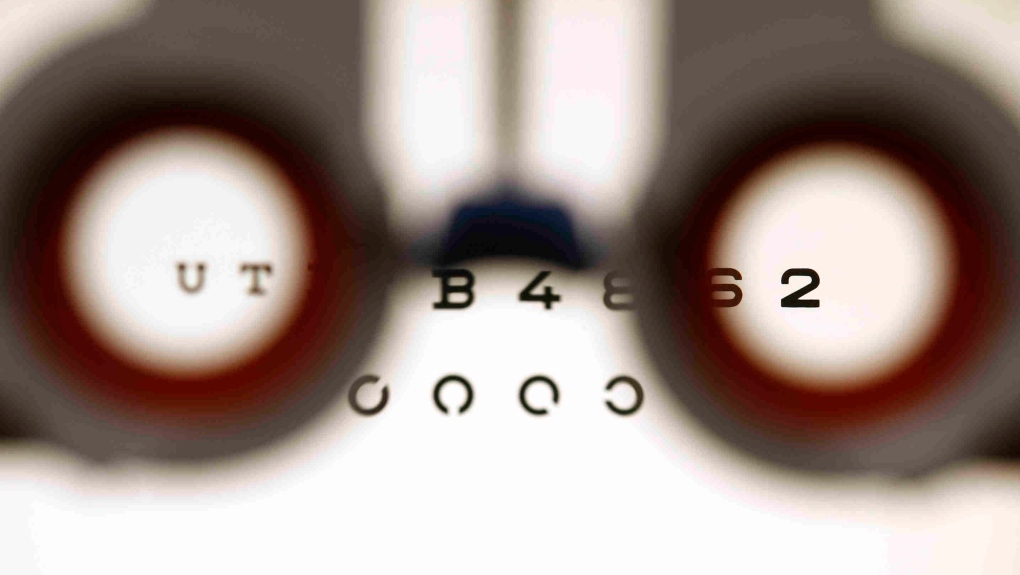 An optometrist holds glasses in front a lightbox during an eyesight test in Bremen, Germany, on Friday, Jan. 16, 2009. (THE CANADIAN PRESS/AP/Joerg Sarbach)

TORONTO -- Ontario is willing to discuss optometrists' operating costs, but won't write them a "blank cheque," the health minister said Wednesday ahead of a rally by the eye care professionals.

Optometrists across the province withdrew provincially insured eye services, including eye exams for children and seniors, more than a month ago in a funding dispute with the government and they say the two sides remain far apart.

Each side is calling on the other to return to the table.

The optometrists say the province has been underfunding those services, leaving them paying around 45 per cent out of pocket.

Health Minister Christine Elliott said the government has committed to paying $39 million in retroactive costs and is prepared to increase reimbursement by 8.48 per cent going forward.

"We're not suggesting that that should be the only payment," Elliott said. "We don't expect optometrists to pay out of pocket for the services that they provide ... We are willing to look at their overhead costs, but we can't just write a blank cheque."

But the optometrists say that $39 million amounts to just over $1 for each optometry service performed in that retroactive period.

"It is neither fair nor reasonable to ignore the systemic nature of the funding problem by offering a one-time payment that does nothing to support care delivery in the future," Ontario Association of Optometrists president Dr. Sheldon Salaba wrote in a statement.

Optometrist Dr. Wes McCann said the proposed 8.48 per cent increase in reimbursement would only bring the covered cost up to $48, but eye exams are between $75 and $80, leaving optometrists still out $30 to $35 per service.

"The government needs to commit to the principle of covering the cost of delivery," McCann said.

"We're deeply saddened and feel bad for all our patients we're having to delay routine care for ... but patients have been overwhelmingly supportive of our position and everything we're doing."

Hundreds of optometrists rallied Wednesday afternoon at the legislature, carrying signs reading "fight for sight" and "save eye care," and walking around the building, receiving supportive honks from drivers.