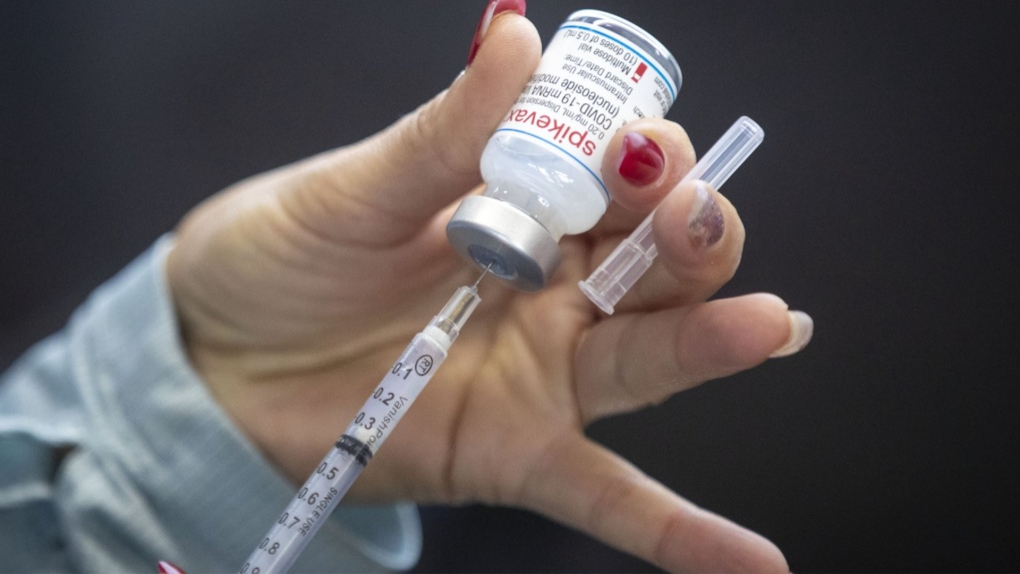 A person draws out avaccine in Kingston, Ont., on Sunday January 2, 2022. Ontario's vaccine booking portal is experiencing an issue — which some users have said hides all available appointments in their area — but the Ministry of Health won't say what the issue is, when it started, or how many people it has affected. THE CANADIAN PRESS/Lars Hagberg

An issue with Ontario's vaccine booking portal that hid some available appointments has now been resolved, the Ministry of Health said Thursday, but it is unclear when the problem started and how many users it might have affected.

Critics question the impact the problem may have had on discouraging people from seeking COVID-19 vaccinations.

The Canadian Press had noted multiple reports of people hoping to book a COVID-19 vaccination appointment, often parents looking on behalf of their young children, and finding nothing, sometimes in the entire city of Toronto. That was despite assurances from authorities that there was actually wide availability.

In response to initial questions last week from The Canadian Press, a spokesperson for Health Minister Sylvia Jones said, "there have been no reported problems."

When pressed again earlier this week, Hannah Jensen acknowledged there was a problem.

Jensen did not provide answers to several followup questions at the time, but on Thursday afternoon said the issues had been resolved.

"A limited number of clinics were showing inaccurate availability for appointments," Jensen wrote. "This error has been resolved and the system is able to book appointments accurately at clinics across the province."

Jenny Santin, a mom of two in Collingwood, Ont., said she had been trying to book her four-year-old daughter's second shot for weeks. She would check several times a week because her local public health unit told her there was indeed availability, but still nothing appeared available. She eventually called the provincial vaccine contact centre and secured an appointment.

"I have two small kids, I don't have a lot of time to be going and checking all the time to find appointments. And I also just feel kind of like the system isn't working ... we're told we need to vaccinate to protect our families, and we can't even get an appointment, and then knowing the appointments were there all along -- I kind of wonder if I could have gotten something sooner had I tried calling."

The ministry did not confirm if the issue only or primarily affected bookings for pediatric vaccines, but Santin said it felt like one more way in which that age group has not been made a priority in the pandemic.

"It feels like everybody's just moved on from dealing with COVID and life's back to normal," she said. "So it almost feels like no one at the ministry or at the government really cares that there's a miscommunication or that the portal isn't working."

NDP health critic France Gelinas said vaccine uptake for children as well as for adult booster shots is not where experts would like it to be, and it's possible website problems have been a factor.

"Just imagine what would happen if someone with a little bit of vaccine hesitancy finally makes the decision to get their shot, but logs on to find no appointments available," she wrote in a statement.

"When there's a problem with the booking system, the minister or premier needs to let people know -- not try to cover it up."

Liberal health critic Adil Shamji said the vaccination rollout has been disorganized from the beginning.

"Since then, there has been little done to promote vaccination resulting in lower than expected rates of immunization, and now technical glitches are making it challenging for Ontarians who are seeking vaccines on their own initiative," he said in a written statement.

"The Ford Government's lack of transparency around this shortcoming fits into a broader narrative of glossing over their failures."

This report by The Canadian Press was first published Oct. 6, 2022.

When a B.C. metal artist was asked to create a giant sculpture with Elon Musk's head on the body of a goat riding a rocket he had no idea who would want to create such a thing or why.

Thousands asked for it while he was leader and now Jason Kenney has done it, announcing his resignation as a member of the Alberta legislature on social media Tuesday.