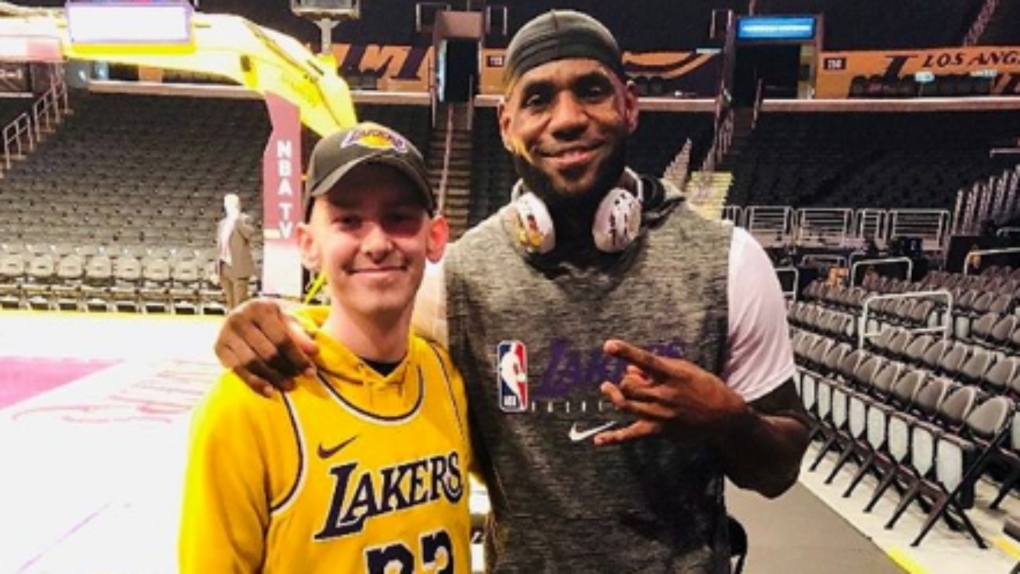 Corey Groves and LeBron James are seen at the Staples Center. (Instagram / @coreylakerfan)

At the age of 17, Corey Groves of Brampton was diagnosed with highly aggressive stage four sarcoma cancer in the summer of 2019. He was told he had a year to live.

Following his diagnosis, Groves was granted a wish from the Children’s Wish Foundation. Being a superfan of the Los Angeles Lakers, the teenager immediately knew his one wish would be to meet his hero, LeBron James – not for an autograph or a jersey, but simply for a handshake.

Grove’s wish came true on Dec. 25, 2019 in Los Angeles with the help of the Lakers organization and Toronto Raptors’ superfan Nav Bhatia.

Speaking about his interaction with the NBA superstar a couple days later, Groves recounted that “as soon as I went into the arena my eyes locked on him, and he just looked directly in my direction.”

Groves said he tried to stay calm and act as if James was an average, normal person.

“It’s a once-in-a-lifetime opportunity,” he said. “I wanted it to be flawless.” 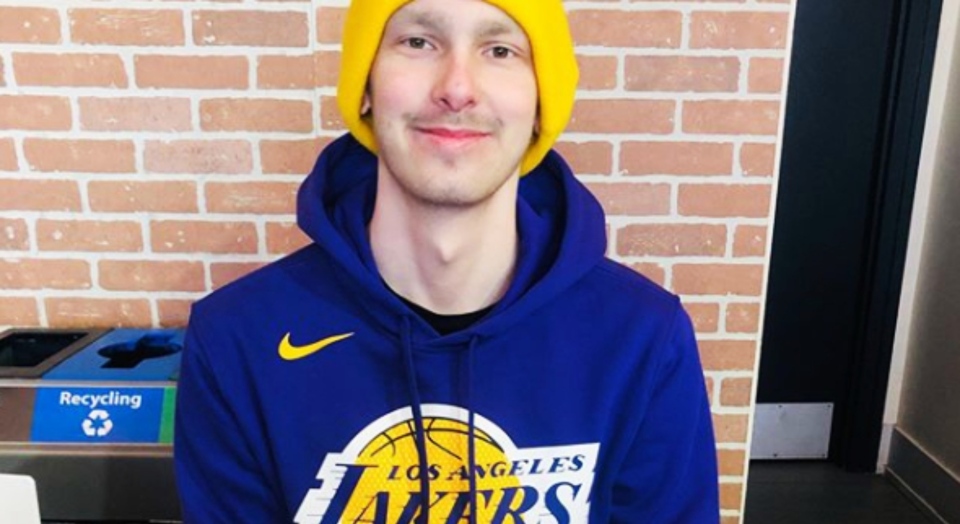 On Monday, on his Instagram page, a family member confirmed Groves had lost his battle with cancer at the end of last month.

“Corey was a stand up boy, a scholar and a gentleman,” his aunt Sherry wrote. “He saw the good in everyone and the beauty in everything.”

“He will be sadly missed by so many.”

The online post went on to thank everyone who helped make Groves’ wish come true and encouraged people to share photographs, videos or interactions with the teenager to keep his memory alive.

“He tackled life head on and refused to stop until his last breath, on Halloween 2020. His only wish was to shake the hand of his hero. Corey is and will always be our hero.”