Ontario teacher is staying put in Wuhan amid coronavirus outbreak

TORONTO -- An Ontario teacher who is in Wuhan, China with his family said he plans on staying put despite the risk of contracting the deadly coronavirus.

While some countries have begun to evacuate their citizens from the city, which is widely considered as ground-zero for the 2019-nCoV coronavirus, Wayne Duplessis said that his family will not be getting on an airplane.

Duplessis said that he first learned about 2019-nCoV around Christmas and as the days past, the atmosphere of the city completely changed. The streets of Wuhan became “eerie,” he said.

“You walk down a street and there is no one there,” he said. “There was a palpable tension.”

And then the city shut down. Duplessis said that all forms of public transportation were shut down, an act that separated him and his wife from their son.

“There is no subways running, obviously there are no trains running, no trams, so people are effectively cut off. Our oldest son who teaches at the other campus is on the other side of the city and we haven’t been able to see him since this happened.”

“We talk to him a couple times a day.”

World health officials have said it is up to individual country leaders whether or not to evacuate citizens from Wuhan. On Wednesday, Canada's Foreign Affairs Minister confirmed that the federal government was preparing a plane to fly Canadians out of China. 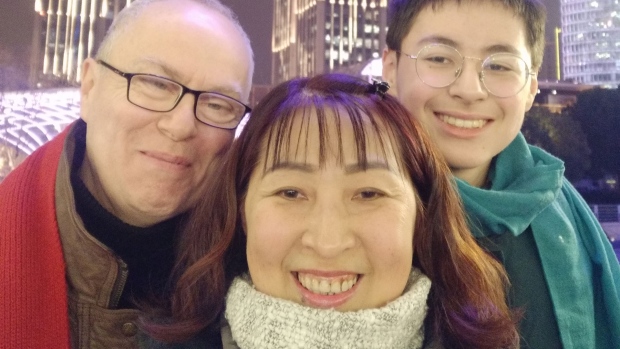 Despite all of that, Duplessis said that he would rather stay in Wuhan than get inside a pressurized airplane with recycled air.

“You are in there with potentially yourself or other people having the virus,” he said. “Through no fault of their own and without any ill intent, people could be spreading this.”

“Unfortunately you are putting your family at risk and hospital workers. I think it’s better to just stay put.”

Close to 6,000 people have been diagnosed with the illness around the world and a little more than 100 people have died in China as a result.

Duplessis has been keeping in regular contact with other foreign and local teachers in the area using a WeChat group. He said he has been urging people to stay indoors if at all possible and to keep up a regular routine.

“Get up, make your bed, have your breakfast,” he said. “Keep yourself busy so you don’t start dwelling on what might be. Because you can only deal with what is right now.”

“I’m saving my panic for later.” 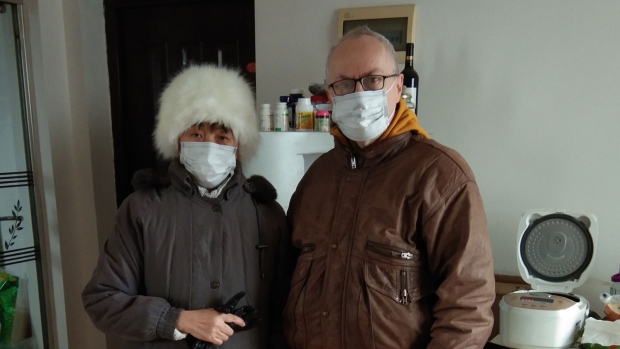 Duplessis said that he has remained in relative isolation with his wife for about a week, but has concerns about the lack of supplies available if the virus lasts much longer. He is asking organizations to send surgical masks, gloves and other medical supplies in case the illness continues to spread.

Meanwhile, his plan is just to “listen to the experts and try to be calm.”