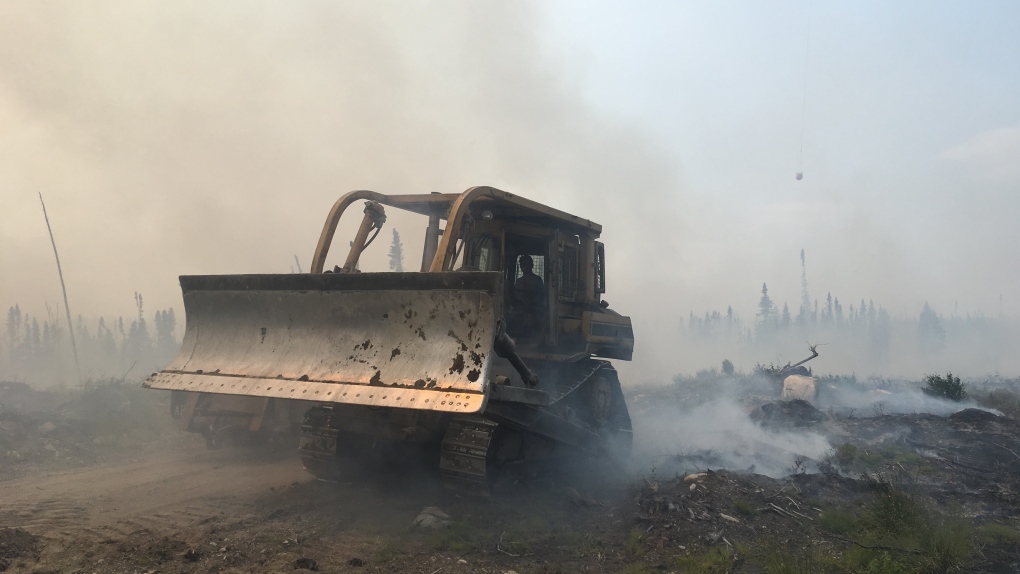 The Ontario government says forest fires have dwindled dramatically this year compared with last year, when fires tore through a record amount of land in the province.

Evan Lizotte, a fire information officer with the Ministry of Natural Resources, says there have been 179 fires this year so far, which have burned 2,416 hectares of land.

He says that's compared with more than 1,000 forest fires and more than 782,119 hectares burned by the same time last year -- the most land burned on record in Ontario.

Lizotte says forest fires are driven by weather, and cyclical patterns of warm temperatures followed by significant and widespread precipitation have mostly kept them in check this year.

He says drought conditions last year made the ground three or four times more receptive to lightning strikes that could spark fires; meanwhile, this year some regions had snow into May.

Lizotte says it's not uncommon to see slower forest fire seasons occasionally, noting that was also the case in 2014, 2008 and 2004.

Residents of Atlantic Canada and eastern Quebec are coming to terms with the full scope of the damage left behind after post-tropical storm Fiona tore through the region over the weekend as one of the strongest storms Canada's East Coast has ever faced.

A gunman opened fire in a school in central Russia on Monday, killing 15 people and wounding 24 others before shooting himself dead, authorities said.

A man suspected to be involved in a triple homicide in Brossard is expected to appear in court to face charges of murder and arson.