TORONTO -- Ontario schools will stay closed indefinitely to in-person learning as COVID-19 cases continue to surge in the province.

Premier Doug Ford made the announcement on Monday, alongside Education Minister Stephen Lecce, at Queen's Park following a cabinet meeting earlier in the day.

Sources told CTV News Toronto the decision was made this weekend after the province posted a record-breaking number of COVID-19 and intensive care admissions.

"We're moving school online only after the April break, we will keep a constant eye on the data, on case numbers, hospital capacity, and ICU admissions to determine when we get kids back in the classrooms," Ford said Monday.

"I want nothing more than to be able to open the schools up again as soon as possible. But we all need to work together right now to get the community spread under control."

Private schools operating in-person this week have been ordered to transition to remote learning by April 15.

Child care for non-school aged children will remain open during the school closure. Before and after school programs will be closed.

Free emergency child care for school-aged children of eligible health-care and frontline workers will also be available during the closure.

The government said school boards will make provisions for continued in-person learning for students with special education needs who require additional support that cannot be accommodated through remote learning.

The announcement to keep schools closed comes just a day after Lecce issued a letter to parents insisting that schools would remain open while the province is under a stay-at-home order.

On Monday, Lecce changed his tone while speaking in the legislature, saying that he's growing increasingly concerned about the sharp rise in infections. 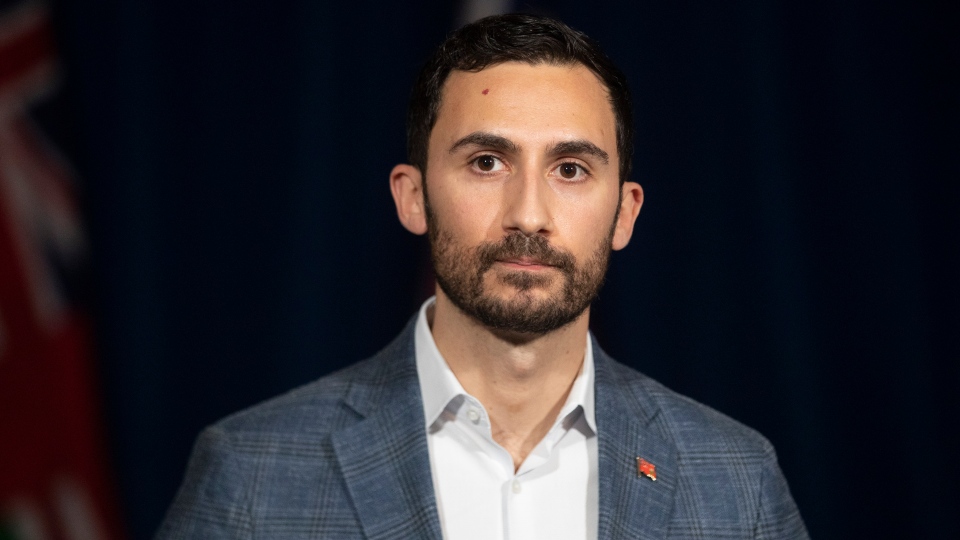 Last week, medicals officers in Toronto, Peel, and the Guelph Region ordered schools to close because of rising COVID-19 cases.

They said the recent growth no longer allowed them to trace cases properly in school settings.

Williams said he wants to understand how much of an impact Easter gatherings will have on case numbers before sending students back to the classroom.

"We are not expecting the numbers to improve that well over the next few days as we're seeing the impact of Easter weekend and we want to understand that before we make any further decisions," Williams said.

"Prolonged closure at this time is not only but prudent and necessary."

NDP Leader Andrea Horwath said Monday it's "unbelievable" how stressful the school closure will be for parents in Ontario.

"We all know Doug Ford walked us right into this school shutdown with his eyes wide open," Horwath said. "We knew this was coming."

"People feel like the province is dissolving into chaos."

Horwath acknowledged that some type of third wave was inevitable for Ontario but said the extent of it was "very much avoidable."

Not the call I wanted to make to school board chairs, however we must act today to ensure students can return to in-class instruction.

We are working with boards to accelerate vaccines for education staff & pivot to remote learning to ensure continuity of learning.

"The government literally ignored the advice of their experts," she said.

Meanwhile, the Liberals are calling for Lecce to be fired over his handling of the situation.

"Just yesterday, Minister Lecce wrote to parents telling them that all publicly funded schools would remain open after the April Break," Liberal Leader Stephen Del Duca said in a statement.

"One day later, Doug Ford is closing them for weeks. The in-fighting between Doug Ford and his education minister is putting our children and education workers at risk, and Lecce should be fired for it."