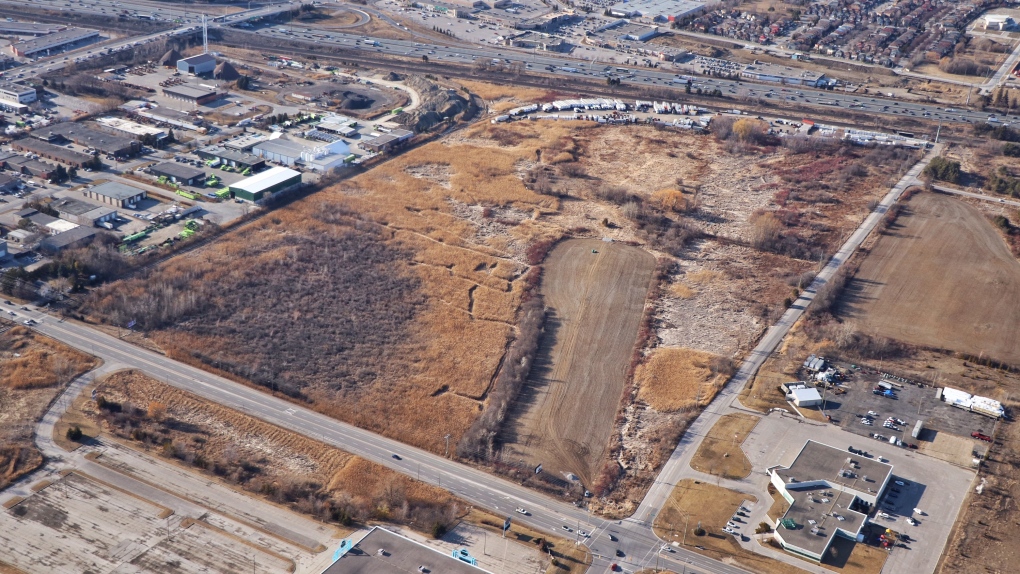 A wetland in Pickering is seen in this undated photo. (Ted Brooks/CTV News)

TORONTO -- Ontario promised Wednesday to add more protected land to the Greenbelt every time it employs a political tool that fast-tracks land development.

Critics warned, however, that the move may signal the Progressive Conservative government's plans to push through new projects without full consultation.

The government said Wednesday it will add two acres of land to the Greenbelt in southern Ontario for every acre of land developed through a minister's zoning order, which give the government power to fast-track development in a given area.

"We are balancing responsible growth with protecting the environment for future generations," said Municipal Affairs and Housing Minister Steve Clark.

The pledge covers land involved in MZOs that have already been issued and development projects yet to be announced.

A spokesperson for Clark confirmed that at least 6,000 acres -- or 2,400 hectares -- of land will be added to the Greenbelt, based on 45 MZOs issued so far by the current government.

Clark also announced he'd issue an MZO to place 360 hectares of wetland in the North Gwillimbury Forest under Greenbelt protection.

Ontario created the Greenbelt in 2005 to protect agricultural and environmentally sensitive lands in the Greater Golden Horseshoe area from development.

The Progressive Conservative government has argued it's using the MZOs to speed up housing developments as the population grows.

But critics argue the tool is overused and allows potentially harmful development to go ahead without proper environmental consultation.

Some said Wednesday they were concerned the latest move indicated the government had plans for further developments it wanted to push through.

"(The government) is letting developers have at extremely valuable and environmentally sensitive lands, and pretending to replace it by with less valuable, less ecologically significant land," NDP environment critic Sandy Shaw said in a statement.

"People are extremely concerned that this announcement is a warning sign that Ford is about to gift more extraordinary MZOs so developers can pave over wetlands and precious farmland."

"Trusting Doug Ford to protect green space is like trusting an arsonist with a pack of matches," Liberal Leader Steven Del Duca said in a Twitter post.

The Green party called the announcement a distraction from the government's "environmentally destructive policies."

"The government has been using MZOs far too loosely and many times in an attempt to override environmental concerns, when they could be used to strengthen environmental protections," party leader Mike Schreiner said.

"Greens will continue to lead the charge against Ford's destructive, pro-sprawl agenda."