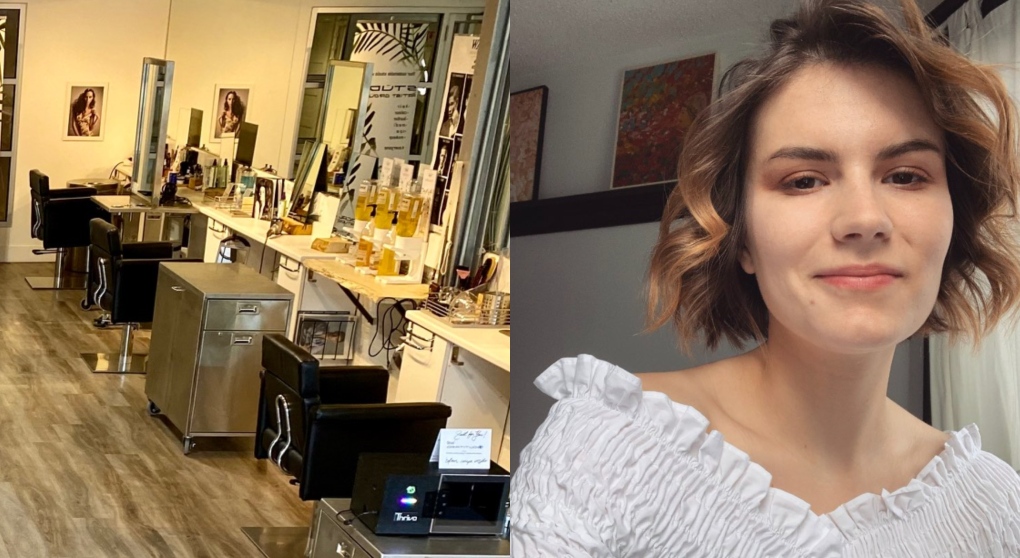 TORONTO -- Ontario’s personal care service industry has faced some of the longest pandemic closures of any industry in Canada.

Hair salons in the province have been shut down since April, while those in COVID-19 hot spots like Toronto and Peel have been closed since November 2020.

“We’ve had to rebook all of our appointments six times.”

While some salons were able to access financial supports, others weren’t so lucky.

“For the most part, even if people qualified for grants, it didn't cover the full cost of not being in business,” she added.

Wenman said that “some of [her colleagues] who applied for the grants have not yet received them.”

The long closures may seem to indicate that transmission is occurring within the industry, but according to city data, there has only been one outbreak attributed to a personal care service in the City of Toronto over the course of the pandemic.

In order to stay afloat during the lockdowns, Wenman had to shift to selling retail stock and offering at-home dye kits.

“That is still less than 10 to 20 per cent of our overall usual income,” she said.

With a move into Step 2 of the province’s reopening plan slated for July 2 at the earliest, hairstylists are finally able to look towards reopening and going back to work — but some are feeling jaded.

“People in our industry have gone through a lot in the last while and I feel like we're starting to understand that the current government and governments in the past have not supported our industry in a very equitable way,” Hofmann said.

Hofmann pointed to the fact that the industry is highly feminized and racialized compared to many other trades as a possible reason for the lack of worker protections.

“They're obviously highly feminized and racialized fields, so it's interesting to see the government response — what stayed open and what stayed closed in the past eight months — I think it's definitely like a factor to consider when we think about the treatment of personal care services.”

Wenman echoed that belief, adding that the industry “certainly has been yo-yoed.”

“We've had many ups and many downs and we're losing faith in our government because nobody's listened to us,” Wenman said.

Wenman said that her business has barely made enough profit in the last year to afford to reopen.

“We are going back into a situation where it's very difficult to invest more in (personal protective equipment), to invest in more client services like online booking. It's going to be very, very difficult for salons to make up [for lost income] and get back on their feet,” she said.

She’s concerned that the added challenges, coupled with the struggles of the past year, will prevent employees in the industry from returning.

“We're worried that a lot of hairstylists won't come back to the salon because they may have started working on their own or they may have chosen to never come back,” Wenman said.

In order to stop this struggling industry from drowning, Wenman has a few suggestions — some of which include amending the indoor gathering limits in Step 2 of Ontario’s reopening plan.

“We need to loosen the regulation of five [people] maximum indoors in salons,” Wenman said.

“Five people in a salon of 3000 sq. feet, for example, is bankruptcy,” she continued.

In addition to immediate changes to occupancy rules, Wenman is also advocating for her industry to be deemed essential in the future, citing the lack of outbreaks in the industry over the past year.

“What we need going forward to open smoothly and to stay open is to become essential and to be appreciated and trusted for our sanitation and safety protocols,” she said.