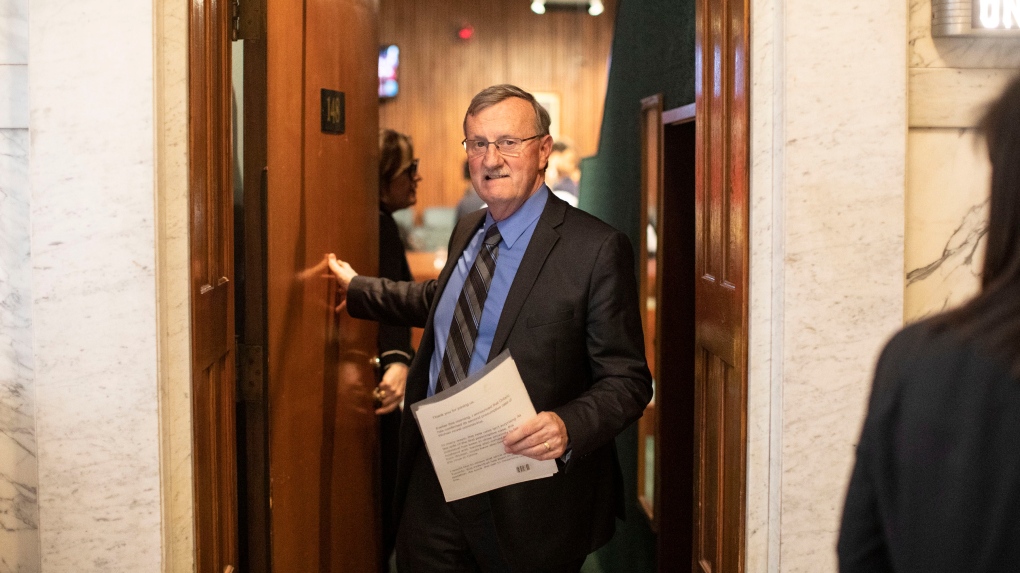 TORONTO -- Ontario's top public health official is conceding that there has been "some confusion" around the limits that have been placed on social gatherings and that it may be leading to a rise in COVID-19 cases in those settings.

Chief Medical Officer of Health Dr. David Williams made the comment during his regular briefing on Thursday afternoon.

It comes one day after Brampton Mayor Patrick Brown took issue with the province’s decision to permit outdoor gatherings of up to 100 people, calling the policy a “head scratcher.”

“I would say with regards to our cases there seems to be some confusion with the public where they assume because we went to 50 indoors and 100 outdoors that means something like a backyard gathering or event can be carried off without any other public health measures. That definitively isn’t’ the case,” Williams said. “We said you could have 50 inside or 100 outside but you have to maintain the public health measures, the six-foot distancing. It doesn’t mean that you can carry on with everyone like it is a big party. That is not how it is.”

In March, the province issued an emergency order prohibiting any social or organized gathering of more than five people but it later relaxed the limits as part of the Stage 3 reopening of Ontario’s economy.

In recent days, Premier Doug Ford has faced some pressure to consider lowering those limits again, including from Brown who lamented the fact that a weekend gathering of 89 people at a Brampton home was technically complying with the provincial order.

“From my personal perspective, 89 people seems high. I certainly wouldn’t recommend to anyone to have a social gathering of that size during a pandemic,” Brown said on Wednesday, noting that Brampton would “welcome” the re-introduction of stricter limits.

Province has seen rise in infections tied to social gatherings

During Thursday’s briefing, Williams said that there has been a notable increase in infections tied to social gatherings but he dismissed a suggestion that the province should consider stricter limits at this point.

He said that the bigger issue may be people’s adherence to the current guidelines, which require that anyone attending a social gathering or event continue to practice social distancing with people outside of their social circles.

“We'll watch that if we have to push back on that. But we have a number of retailers that are undertaking to do that 50 indoors and 100 outdoors, that are putting a lot of steps and processes to ensure that they're doing that safely, and totally respecting the public measures and we don't think we have to punish them for that,” he said. “There is a balance there.”

Ford has previously said that he is not interested in adjusting gathering limits on a province-wide basis but will not stand in the way of local medical officers of health who opt to do so within their region.