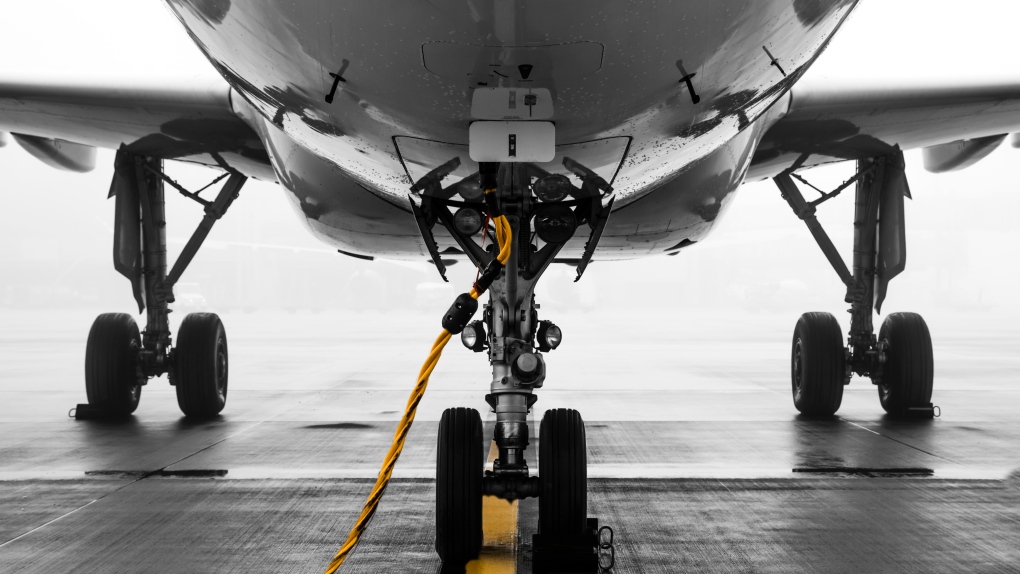 The bottom of an airplane is seen in this stock photo. (Joel Super/Pexels)

TORONTO -- The Ontario government's move to axe its out-of-country health insurance program violates the Canada Health Act, a court ruled this week as it ordered the province to reinstate the coverage.

The province overstepped its bounds in eliminating the Out of Country Travellers' Program at the beginning of 2020, which reimbursed Ontario residents who experienced medical emergencies when outside of Canada, a three-judge panel with the Superior Court of Justice found.

"By totally eliminating the out-of-country reimbursement feature (unless pre-approval has been obtained) the impugned regulation clearly violates the portability criterion," reads the decision written by Justice Harriet E. Sachs.

If a province doesn't meet the portability pillar -- one of five pillars in the Canada Health Act -- after consulting with the federal health minister, Ottawa can "by order direct that the cash contribution to that province for a fiscal year be either reduced or withheld," the court said.

"In order to satisfy the portability pillar, a provincial plan must provide payment for insured services that are delivered while an Ontario resident is temporarily outside of Canada at a rate that is similar to what would have been paid if the service had been provided in the province," Sachs wrote.

The province, she noted, ignored three letters from the federal government expressing concern over the cancellation of the Out of Country Travellers' Program after Health Minister Christine Elliott announced the news in Spring 2019. The move followed a six-day public consultation.

She said at the time that the program was both costly and provided little value to taxpayers.

Elliott said the province spent $2.8 million to administer approximately $9 million in claim payments through the program every year.

The program covered out-of-country inpatient services up to $400 per day for a higher level of care, and up to $50 per day for emergency outpatient and doctor services.

The Canadian Snowbirds Association, which represents those who spend the winter in warmer parts of the world, challenged the move, calling it an "egregious violation" of the Canada Health Act.

The group is applauding the court's decision.

"The ruling affirms the right of Ontario residents to out-of-country emergency insurance coverage, as required by the Canada Health Act," said Karen Huestis, president of the Canadian Snowbird Association.

This report by The Canadian Press was first published Sept. 25, 2020.