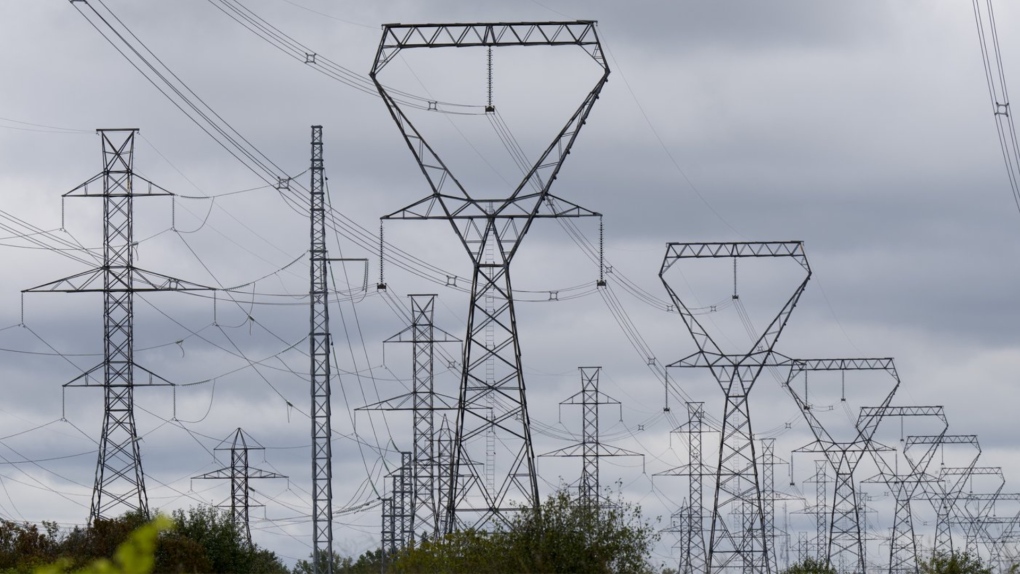 Ontario's electricity system operator says an expected surge in demand over the next few years means the province will need some new natural gas generation in order to avoid rotating blackouts.

The operator says Ontario will actually need to secure up to 1,500 megawatts of new natural gas capacity between 2025 and 2027, and should also procure 2,500 megawatts of energy storage, which works like a battery to inject capacity into the system when it's needed -- for a total of 4,000 megawatts, enough to power the city of Toronto.

The IESO says over time, it expects natural gas generation can be replaced by storage and other emissions-free solutions, but during a transition period, natural gas is needed to ensure the system is reliable and stable.

However, the reliance on natural gas means that greenhouse gas emissions from the electricity sector are set to rise in order to support the economy's broader electrification in the name of reducing emissions.

The amount of new natural gas the IESO says Ontario needs in the next few years is expected to increase emissions by two to four per cent over those previous projections.

Chuck Farmer, the IESO's vice-president of planning, conservation and resource adequacy, said the system operator will also look to other solutions to meet electricity supply shortfalls, including more energy efficiency programs and importing power from other jurisdictions.

"This combined effort would ensure that the grid will be able to support a substantial energy storage fleet, which will be essential for the decarbonization of the electricity system,” he said.

An electricity supply crunch is expected in the next several years, with a nuclear plant currently set to be retired, others being refurbished, and increasing demands including from electric vehicles, new electric vehicle and battery manufacturing, electric arc furnaces for steelmaking, and growth in the greenhouse and mining industries.

Ontario has recently announced a number of plans aimed at dealing with that supply crunch, though critics accuse the Progressive Conservative government of being caught flat-footed by the need and say this planning should have started long ago.

The province plans to extend the life of Pickering Nuclear Generating station by a year, to 2026, and is undergoing various rounds of procurements to secure new electricity generation. It is also planning an import agreement with Quebec in 2026 or 2027 and is rolling out new and expanded energy efficiency programs -- though critics say they won't replace conservation programs the government previously cut.

This report by The Canadian Press was first published Oct. 7, 2022.

Refugee advocates are raising concerns that Afghan refugees granted asylum in Canada are being burdened by escalating costs stemming from the government’s delay in processing their claims.

Canadians can write to Santa in the language of their choice, Canada Post says, after some express confusion

After some people expressed confusion online over what languages Canada Post will accept from Canadians writing to Santa this holiday season, the corporation says it accepts letters in any language.

Canada's housing advocate says during a tour this fall of several Inuit communities she got a glimpse into the dire living conditions many have faced for years.