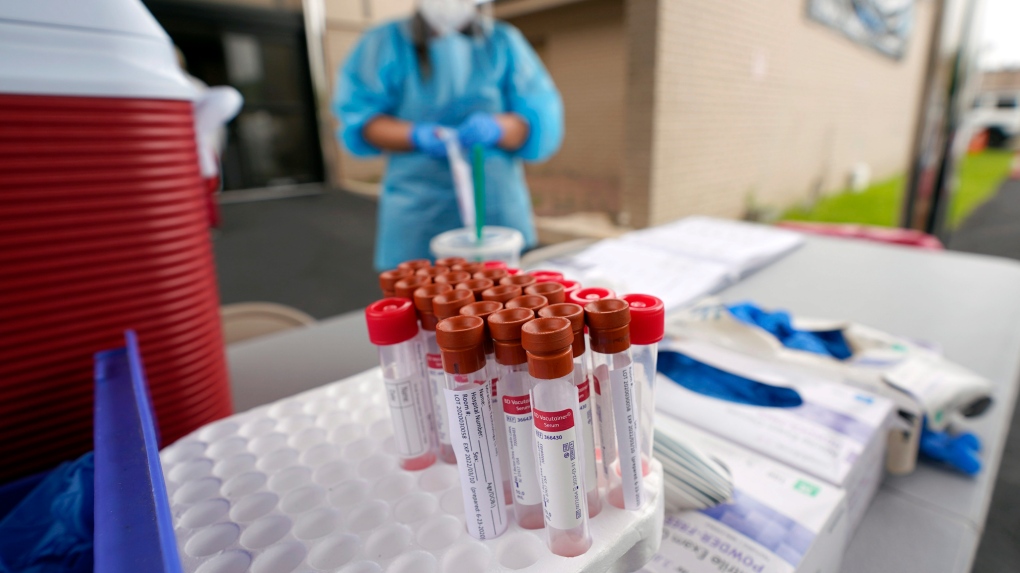 However, health officials said that even with the addition of Thursday’s missing information from Toronto Public Health, the number of new infections remains under 100.

Ninety-two new COVID-19 cases were confirmed on Friday as well as one more death.

On Thursday, the province reported 78 new infections, but said there was no data on patients in Toronto due to data not being available. Health officials warned that the reported cases could be underestimated due to that gap in information.

The new patients reported Friday bring the province’s total number of lab-confirmed infections to 40,459, including recoveries and deaths.

Of the new patients, the majority were between the ages of 20 and 39. Eleven new cases were reported in people under the age of 20, while 21 were recorded in those over the age of 60.

Hospitalizations due to COVI-19 continue to decline. To date there are 41 people in the hospital being treated for the disease. Seventeen of those patients are in the intensive care unit and nine are breathing with the assistance of a ventilator.

Of Friday’s COVID-19 cases, 30 were in Toronto, although it is not clear how many of those patients should have been recorded on Thursday.

Seventeen new cases were reported in Peel Region and four were in York Region. Hamilton reported an additional six cases of the novel coronavirus, while Ottawa recorded seven and Windsor-Essex six.

More than 2.5 million COVID-19 tests have been conducted since the first patient was admitted to the hospital in January.

In the last 24 hours, the province conducted a little more than 30,000 tests. Officials say that 35,426 tests are still under investigation.