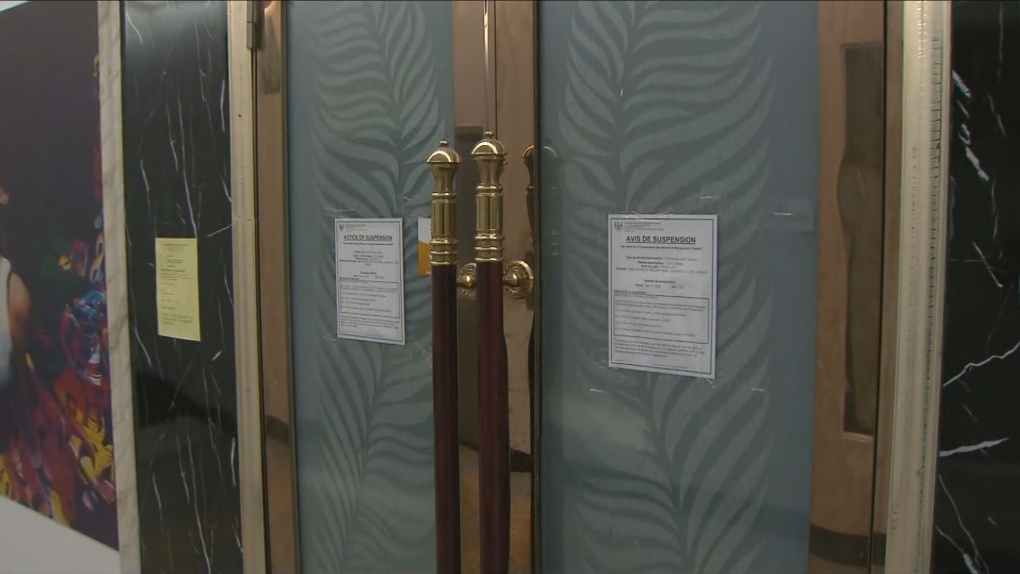 The AGCO is moving to revoke the liquor licence of a Unionville karaoke bar.

TORONTO -- The Alcohol and Gaming Commission of Ontario (AGCO) says it plans to revoke the liquor licence of a Unionville karaoke bar that was allegedly in violation of the province’s emergency orders.

In a news release issued on Monday, the AGCO said it has suspended the licence of Tengo KTV, a karaoke bar near Kennedy Road and Highway 7 in Unionville, for “reasons of public safety” after it was operating contrary to the Reopening Ontario Act (ROA).

The AGCO says compliance officers went to conduct an inspection on Oct. 30 after receiving complaints about the bar.

“Several individuals were observed entering the premises via an alternate rear door. When the COs knocked on the locked front door, individuals inside began to run through the premises,” the news release read.

“The front door was not unlocked to grant access to the COs, as required by the (Liquor Licence Act). The COs gained access through the rear door as people were exiting. The individuals found inside the premises denied being ‘in charge’ and left the premises.”

The AGCO said “multiple infractions” of the Liquor Licence Act were discovered, including not maintaining control over the premises, and the agency is moving to revoke the bar’s liquor licence.

“We appreciate how difficult these times are for all in the hospitality sector. As regulator, we’ve been working closely with the Government of Ontario on measures to support the sector throughout the pandemic,” Tom Mungham, registrar and CEO of the AGCO, said in a written statement.

“All who hold a liquor licence in Ontario are required to ensure alcohol is served safely and responsibly, and act with honest and integrity including during this COVID-19 outbreak. The AGCO will continue taking all appropriate regulatory actions for those that are unable or unwilling to comply.”

Under the province’s new reopening framework released in November, dancing, singing and the live performance of music is prohibited in all Ontario regions in the red (control) zone and the grey (lockdown) zone.

York Region, Hamilton, Halton Region, Waterloo, Windsor-Essex, and Durham Region are currently in the red zone while Toronto and Peel Region are in the grey zone.

In all other areas of the province, karaoke is permitted with restrictions, including a ban on private rooms.

Karaoke singing has been cited as a risky activity amid the coronavirus, particularly after scientists observed the virus can float in aerosolized particles for sustained periods.

Back in September, a Quebec City karaoke bar was linked to dozens of cases of the disease caused by the novel coronavirus.