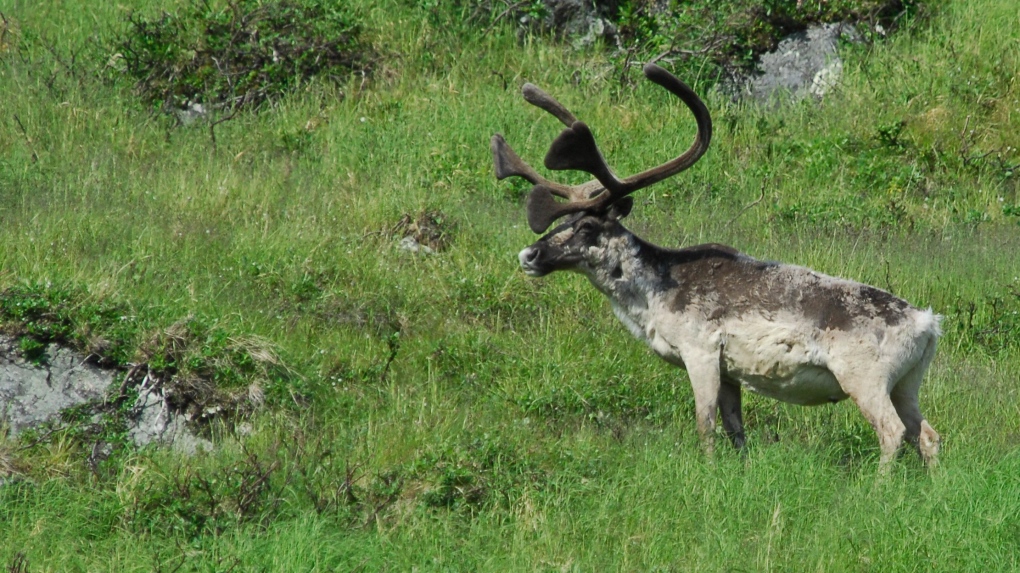 A caribou grazes on Baffin Island in a 2008 file photo. THE CANADIAN PRESS/AP-Kike Calvo via AP Images

TORONTO -- Ontario has proposed extending an exemption to the Endangered Species Act for the forestry sector, a move that environmental groups say is another step towards decimating species at risk.

The forestry sector, meanwhile, said forcing the industry to follow the act would be a bureaucratic nightmare and "impossible."

Last week, the province proposed extending the exemption for another year due to the COVID-19 pandemic, adding that consultation isn't required due to a temporary regulation it put in place on April 1. The province has, however, opened up the proposal to public comments until June 18.

"This proposal will maintain the current requirements and help avoid additional regulatory burden and economic strain on the forestry sector while a long-term approach is finalized," the province wrote on the Environmental Registry of Ontario.

In December, the Ministry of Natural Resources and Forestry proposed its long-term approach that would permanently exempt the forestry sector from the prohibitions under the Endangered Species Act. The industry would follow the rules laid out under the Crown Forest Sustainability Act, as it does now under the temporary exemptions, which have been in place for years.

"This approach would consider species at risk while creating certainty for the forest sector, supporting economic development and job creation in the northern and rural communities that depend on this sector," Ministry of the Environment spokesman Lindsay Davidson said.

"The CFSA provides for the sustainable management of Crown forests while regarding plant and animal life, water, soil, air and social and economic values."

The proposal has angered some environmental groups.

"We're concerned they're taking the COVID moment to undermine environmental legislation that has nothing to do with the pandemic itself," said Reykia Fick, the nature and food campaigner with Greenpeace Canada.

"It's such an important moment in time in how we can be rebuilding our economy to this huge crises were facing, the health crisis but also the climate and biodiversity crises."

She said she has not heard how the government consultation process will work, if at all, due to the pandemic regulations.

Joshua Ginsberg, a lawyer with Ecojustice, said there are major differences between abiding by the Endangered Species Act versus the Crown Forest Sustainability Act.

"The full purpose of the Endangered Species Act is to protect and recover species, not to minimize damage, which is what's in the Crown Forest Sustainability Act," he said.

He said caribou, which are considered a threatened species in Ontario, face a severe population decline due to habitat loss and fragmentation from logging operations. Enforcing the Endangered Species Act on the forestry industry would give the species the ability to recover, he said, by protecting its range.

"It's a shame because this government could have been the one that saves this iconic species and finally did something, instead it seems they're just going to drive them further towards extinction," he said.Ian Dunn, the executive director of the Ontario Forest Industries Association, said that is not the case.

"We have a very robust planning process under the Crown Forest Sustainability Act and that includes developing and including protections for species at risk," he said.

Dunn said the forestry industry must take into account social, economic and environmental values as part of that act.

"It's easy for a group to say this isn't good for the environment and ignore the other two pillars of sustainability which is social and economic," he said.

"There are a number of towns in rural Ontario that depend entirely on the forest sector."

The Ministry of the Environment, Conservation and Parks said they were working on a response to questions from The Canadian Press.

Green party Leader Mike Schreiner said the government proposal will result in a weakening of protections for endangered species.

"Every time we weaken the Endangered Species Act, we're threatening Ontario's biodiversity," he said. "We also have to recognize that as we lose habitat for species that puts us at greater risk to things like flooding and it also makes it more challenging for us to meet our climate commitments."

This report by The Canadian Press was first published May 29, 2020.

With files from Shawn Jeffords