Fifteen people are facing close to 200 charges in a police probe targeting biker gang members who trafficked in drugs and persons in several Ontario cities.

OPP Supt. Bryan MacKillop said that his service and police in Ottawa, Niagara Region and Sudbury started investigating a group in June 2018, based on the suspicion that they were trafficking in cocaine, fentanyl and forcing women into the sex trade. 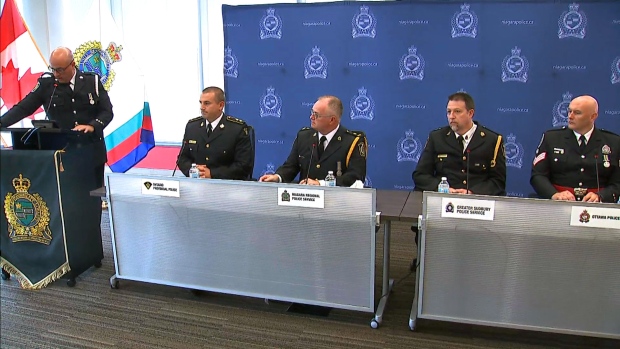 “These were people who were important figures in outlaw motorcycle gangs across the province,” MacKillop said.

Last week, officers in all of those Ontario cities conducted raids, allegedly seizing 12.5 kilograms of cocaine worth more than $1 million, hundreds of 50 microgram fentanyl patches, 12.2 kilograms of cannabis and 2000 meth tablets. 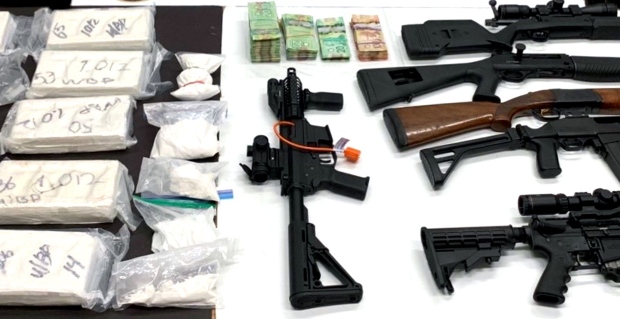 Firearms, cash and drugs seized in a probe conducted by officials in Ontario are seen. (Ontario Provincial Police)

“These are the tools of the trade if you happen to be in the business of threatening people and extorting money,” MacKillop said.

Officers also seized one home, three motorbikes, a Maserati and a Mercedes. 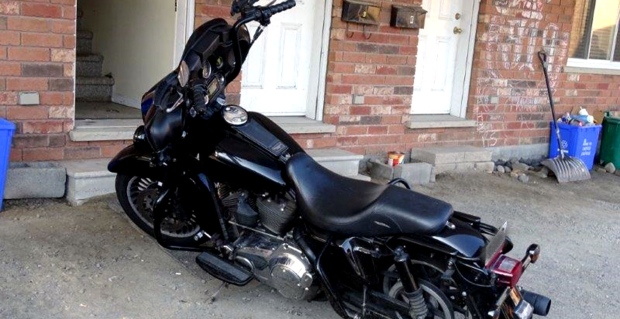 A motorcycle seized in a probe conducted by officials in Ontario are seen. (Ontario Provincial Police)

Investigators say the fentanyl seized originated from a “legitimate pharmaceutical source,” but somehow fell into the wrong hands.

A total of fifteen people were taken into custody, and six of them are either full-patch or lesser members of the Hell’s Angels Nomads, Red Devils Motorcycle Club or the Hooligans Motorcycle Club.

Officers said the group was also accused of participating in the sexual enslavement of an untold number of women.

MacKillop would not disclose a number or any other details about the human trafficking element of the investigation, saying it was not yet complete.

“They’re involved in everything, but it’s all for profit and it’s all to take advantage of people,” MacKillop said.