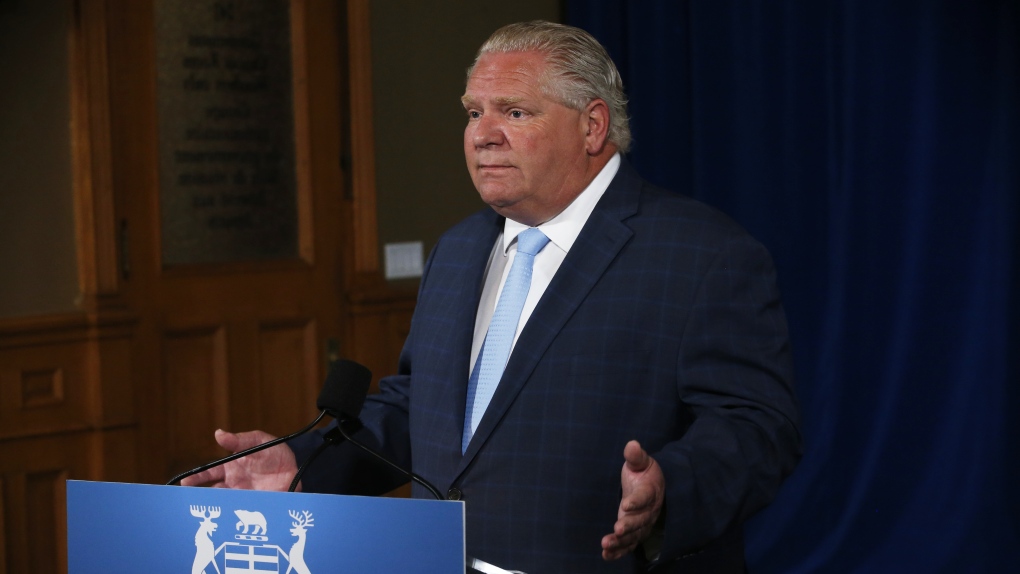 Ontario Premier Doug Ford is seen in this photo during his daily press briefing at Queen's Park. (The Canadian Press)

TORONTO -- Ontario Premier Doug Ford has slammed long-term care home owners who don't have air conditioning at their facilities, saying he'd "like to stick them in the rooms for 24 hours at 30 degree heat and see how they like it."

Ford, who made the comments as parts of Ontario experience a prolonged heat wave, said he would like to amend the Long-Term Care Home Act to make it mandatory for homes to have air conditioning installed.

He said he will personally call the owners of homes in Ontario without air conditioning and plead with them to have it installed.

"Put yourself in that position, these poor vulnerable people, the elderly people are sitting there and what can they do?" Ford told reporters on Tuesday. "I want to track these guys down."

"This is all about the dollars. It's unacceptable."

Health Minister Christine Elliott said she agrees with the premier and that Ontario needs to take "whatever steps" necessary to make the province’s vulnerable citizens comfortable.

CTV News Toronto has reached out to the Minster of Long-Term Care for comment and has also requested detail on how many facilities do not have air conditioning.

On Monday, the Ministry of Long-Term Care confirmed that fans were allowed at facilities across the province, despite fears that they could disperse COVID-19 droplets.

Fans must be placed strategically the minimize potential infections, the ministry said, adding that homes should also consider having alternative cooling methods.