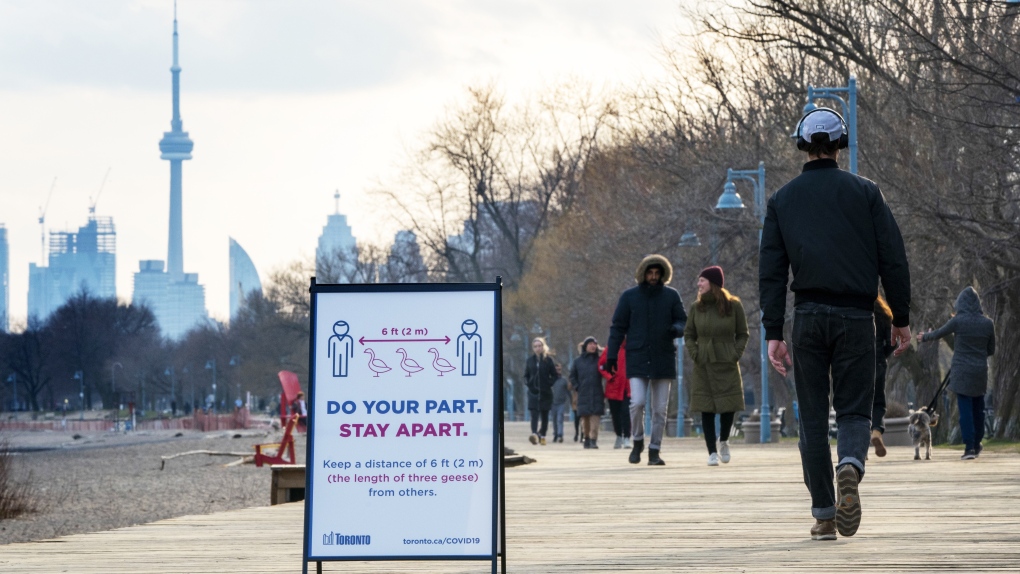 TORONTO -- Ontario Premier Doug Ford signalled Friday the province would join in a nationwide smartphone app program to assist the more than 2,000 people working here to trace contacts of people infected with COVID-19, as the rate of infection continues to inch upward.

Following a call with the Trudeau government and other premiers, Ford said the province is out looking for a suitable application for Ontarians to download onto their phones that would alert them if they came into contact with a person who later tested positive for novel coronavirus infection.

But he said the app that is selected must be for the entire country.

“It’s so important to have the proper app make sure we do contact tracing and tracking – when people start flying from Vancouver to Toronto to out east – those apps have to be able to talk to each other.”

It’s the first time officials in Ontario have indicated publicly that such a step would be necessary.

Up until now, a group made up of 2,000 public health unit employees, medical students, retired medical staff, federal and provincial civil servants and even some soldiers have been engaged in the slow methodical work of contacting infected persons, retracing all of their steps for a number of days prior to when they were tested, and calling each of the people they came into contact with to urge them to self-isolate.

The group also works to determine the source of each infection.

Since the outbreak reached Ontario in late January, close to 31 per cent or 7,600 cases still do not have a confirmed source of infection, according to data submitted to the province’s Integrated Public Health Information System (iPHIS).

A further 34 per cent of cases are thought to be caused due to “community transmission,” where it may not be known exactly how the infection spread.

Going forward, public health officials have wanted at least 90 per cent of contacts of a lab-confirmed case of COVID-19 to be reached within 24 hours.

Health Minister Christine Elliott said they are currently reaching about 92 per cent of contacts within 24 hours.

She said an app might help with the eight per cent or so of contacts still left in the wind.

“We are actively looking for the right app for Ontario right now for contact management – if they’ve been in contact with someone with COVID-19, it gives them opportunity to follow up with healthcare provider.”

But Ford said all premiers agree the application they select must maintain users’ privacy.

In Alberta, approximately 11 per cent of residents have downloaded AB Trace Together, a contact tracing app offered by the government.

In Singapore, Ford said about 25 per cent of the population has downloaded the government’s app, but that’s as high as it gets.