TORONTO -- Ontario Premier Doug Ford says the next few weeks in the fight against the novel coronavirus will be "extremely serious" and a large surge in cases will leave the province in short supply of medical equipment.

The warning comes as Ontario's Chief Medical Officer said he wants the elderly and those with compromised immune systems to self-isolate and only leave their homes for essential reasons. 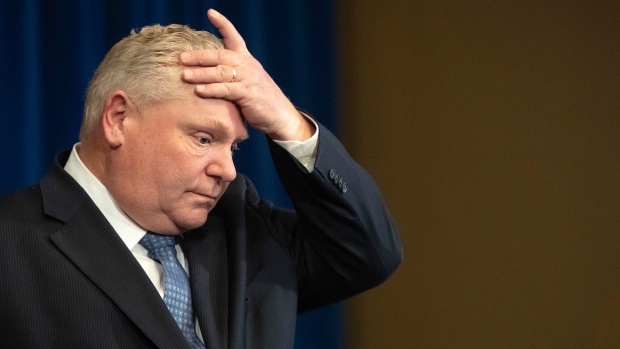 Dr. David Williams also issued new recommendations to the general public asking people to only leave their properties if they need to access health care, pick-up groceries or medication and to walk pets.

"The lives of many Ontarians, especially our community's most vulnerable citizens, is in your hands and will depend on your actions over the coming days and weeks," Williams said in a statement. "There is no option for anyone to opt out."

Ford said despite the fact that Ontario has placed orders for "millions" of pieces of protective equipment for health care workers, a world-wide demand has created a supply shortage — meaning the province's PPE supply will only last for "the next few weeks."

"The reality is, if there's a massive surge of people coming into our hospitals in the next few weeks our supply lines will be seriously challenged."

Ford has previously thanked businesses who have donated supplies such as masks to health-care workers who desperately need them.

The premier told reporters he personally went to pick up about 100,000 masks from Dental Brands based in Markham after they reached out to his office. About 10,000 went to police officers, he said. 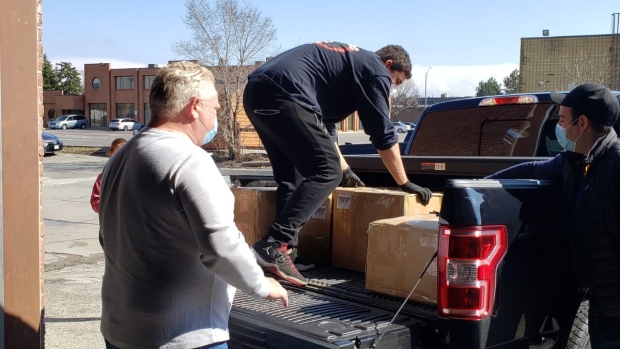 Ford said the only way to mitigate that demand is by flattening the curve and pushing the surge as far back as possible.

"The next few weeks is extremely, extremely serious. We're either going up, or the curve's going down."

Ford said he would not hesitate to "pull the trigger" and issue a mandatory stay-at-home order, if he gets that advice from the Chief Medical Officer of Health.

The premier wouldn't specify the threshold that needs to be met to issue a mandatory order under the Emergency Management Act.