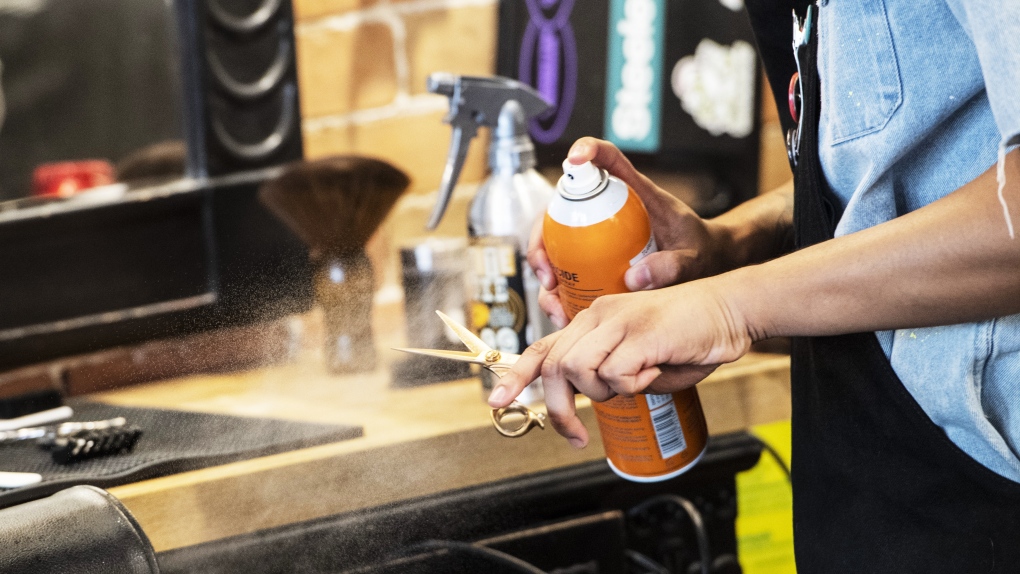 A number of Ontario politicians are under fire for a fundraising event this weekend that included activities currently banned because of COVID-19. (The Canadian Press)

TORONTO -- Nine Ontario politicians are being accused of ignoring COVID-19 restrictions after holding a event that involved activities banned by the government.

The event was organized to raise money to purchase personal protective equipment for front line health-care in the region.

All the politicians had their beard's professionally trimmed for the cause, but the event has now sparked a backlash in the community, and from struggling business owners, because facial trimmings are banned under Stage 2 restrictions.

"The rules were blatantly ignored by our politicians," Owen Sound spa owner Mindy Biggar told CTV News Toronto on Sunday. "At what point did it make it okay for them to be above the recommendations?"

Biggar said that following Stage 2 restrictions, which prohibit any services that tend to a customer's face, have resulted in her losing 80 per cent of her business.

She said it feels like a "slap in the face" to see local politicians, who were not wearing masks during the trimming, doing exactly what she is banned from performing.

"It's incredibly poor judgement. If that was any of us, as business owners that chose to participate in something like this, we would be fined."

In a statement to CTV News Toronto, Walker, who is Premier Doug Ford's associate minister of energy, admitted that "despite being aware of measures in place to protect Ontarians, he received a professional shave."

"I apologize for any misunderstanding my participation has caused," Walker said. "I recognize the need to remain vigilant in adhering to all public health measures and will ensure that all future public events I attend are in full compliance with the measures in place."

Bruce-Grey-Owen Sound MP Alex Ruff said in a statement to CTV News Toronto that the event was not completely compliant with provincial health protocols and that "constituents expect better from their elected officials."

"I personally should have known better and I will do better going forward," he said.

Owen Sound Councillor Richard Thomas, who organized the event, said in a statement on Facebook that he "made the call" to allow a stylist to trim their beards.

"At the time, it seemed to be a better choice to minimize the length of time each individual would spend unmasked in an indoor environment," Thomas said.

He said clippers were sanitized between each person and the stylist sanitized his hands regularly but admitted at times during the event physically distancing was not maintained.

"In retrospect, I should have given that a little more thought."

"Overall, however, I feel comfortable that the event minimized the risks to all participants, while at the same time, raising money for an important cause."

The Grey Bruce Health Unit said in a statement they are aware of the event and that while they have not received an official complaint, their team has "initiated the appropriate follow up."