Officers with the Ontario Provincial Police (OPP) notified Peel Regional Police (PRP) of the discovery they made near Bovaird Drive in Brampton, Ont. just before 5 p.m.

“The OPP were in the area conducting an unrelated investigation when they happened to have found the human remains,” Const. Akhil Mooken with PRP told reporters on Thursday night. 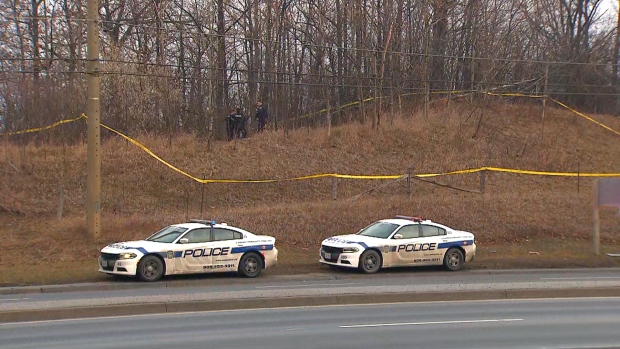 When investigators with PRP arrived at the scene after receiving that call, Mooken said they confirmed that what had been discovered was in fact human remains.

“Without a doubt, from speaking with the officers on scene, it is definitely human remains,” he said.

Mooken could not say how long the human remains had been in the area, but added that it had definitely been more than 24 hours.

“We will be working on that with the coroner’s office, as well as our forensic identification officers.”

A post-mortem examination is scheduled to take place on Friday. 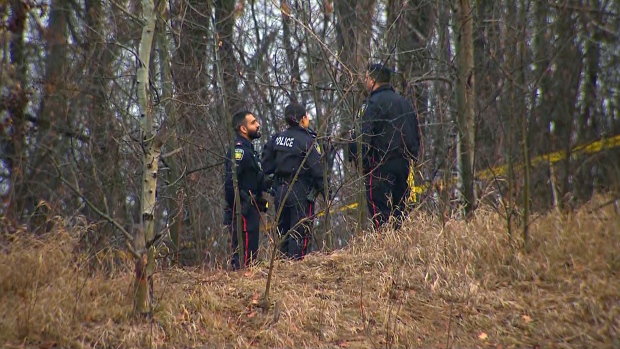 Mooken said officers are treating the death as “suspicious” until “proven otherwise.”

“We will explore all missing persons reports that we have – not only here in Peel region, but in the Greater Toronto Area,” he said. “Once we have positively identified the victim using forensics, we will be able to determine if in fact it was a missing person or not.”

Officers with the OPP are continuing to work with PRP, providing any information they have on the case.