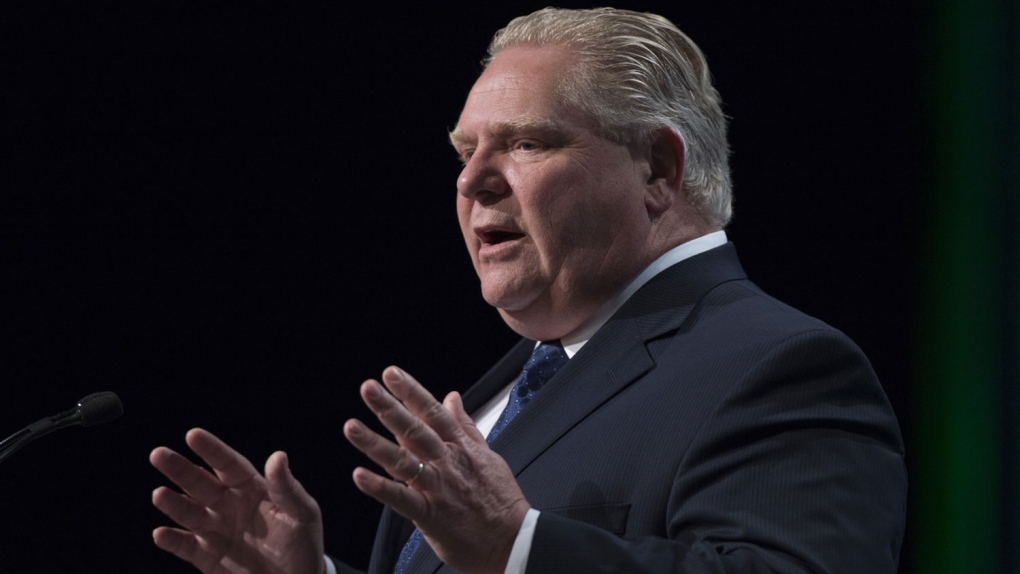 TORONTO -- Premier Doug Ford accused student unions of getting up to "crazy Marxist nonsense" as he appealed for donations to his Progressive Conservative party in a fundraising email sent Monday.

Ford's claim was made as he highlighted his government's move to make some fees paid by Ontario college and university students optional instead of mandatory.

"Students were forced into unions and forced to pay for those unions," Ford said in the email sent by the Progressive Conservatives. "I think we all know what kind of crazy Marxist nonsense student unions get up to."

The message sparked condemnation from students groups and opposition politicians who said the premier's language confirms what they've suspected -- that the fee changes announced last month are politically motivated.

The fundraising email -- which bore the subject line "How broken was education?" -- also mentions the government's decision to scrap free tuition for low-income students and impose a 10 per cent across-the-board tuition fee cut.

"It's little things ... but they add up," Ford said in the email Monday, before asking for a donation to the party.

"This is student money, not government money," he said in a statement. "Ultimately, students deserve the final say in how their money is spent."

The Canadian Federation of Students said the message suggests the government's changes to certain student fees were made for political purposes.

"It's really just taking away resources from student groups," said Nour Alideeb, chairwoman for the group's Ontario branch, adding that the fees are used to fund things like food banks and campus women's centres. "A lot of these are basic necessities that students need to succeed."

Alideeb said student unions are non-partisan, student politicians have diverse views, and all work to improve life for their classmates.

"Doug Ford is attacking student unions because he doesn't want students to be able to organize to fight against not only this round of cuts, but the next round as well," he said in a statement.

Liberal finance critic Mitzie Hunter said Ford's message shows he doesn't know what student unions do and doesn't understand the impact his government's grant changes will have on postsecondary education.

"Doug Ford is wrong on student unions, he is wrong on tuition and he is wrong to defund universities and colleges at a time when we should be investing in them," she said.

The Ontario government has said some fees will remain mandatory including those for walksafe programs, health and counselling, athletics and recreation and academic support.