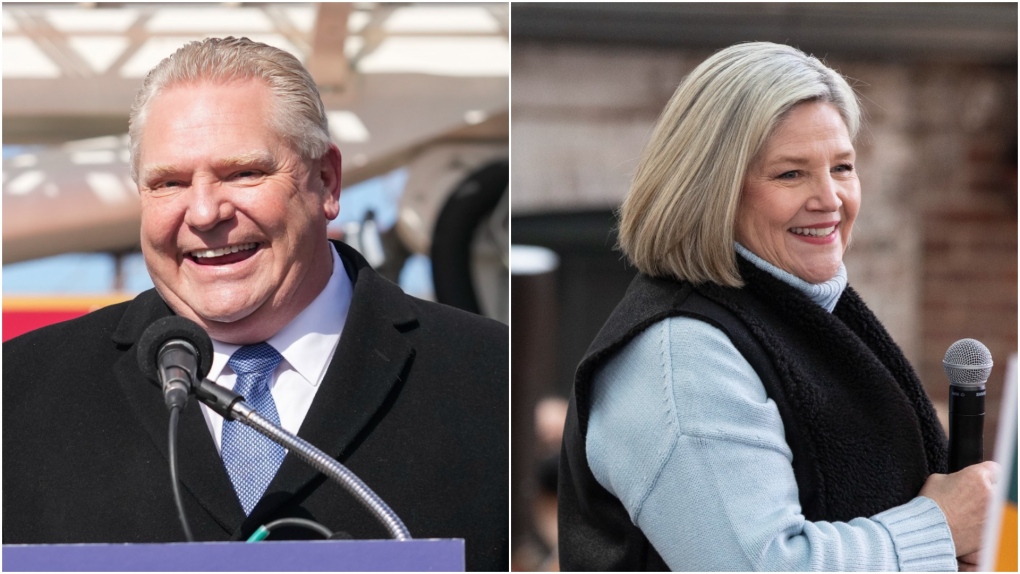 Ontario’s political parties are not waiting until the writ drops to get their election messages out, with both the Progressive Conservatives and the New Democrats launching new advertisements in recent days that hype up their platform slogans.

Over the weekend, the Ontario PCs released a short 30-second video on social media that plays on an earlier strategy to label party leader Doug Ford as a “yes” man.

In the video, a woman’s voice can be heard saying “the NDP always find a reason to say no” while the screen splits, showing a photograph of leader Andrea Horwath on one side and b-roll on the other.

“They criticize plans to build more homes, they fight policies to keep costs down for families. They talk, delay and oppose measures that create jobs,” the voice says, adding that voting NDP would set Ontarians back.

The screen then shows video of Doug Ford at a variety of events while upbeat music plays in the background.

The video ends with someone singing a short jingle using the words “only Doug will get it done.” The Ontario PC party says the ads will run across TV, digital and radio later in the week.

Andrea Horwath and the @OntarioNDP always find a reason to say NO.

Only Doug Ford will get it done. pic.twitter.com/mhKAZPoliC

For months Ontario’s Progressive Conservatives have been using question period and stump speeches as a way to paint Ford as a “yes” man, someone willing to make the decisions needed to move forward with transit and infrastructure projects while saving people money at the same time.

In October 2021, a radio advertisement blitz said the party leader was committed to “saying yes.”

“I hear it all the time, politicians are famous for finding reasons to say no,” Ford said in the commercial. “That’s not me.”

On Tuesday, the Ontario NDP released their own election campaign advertising strategy, featuring a new slogan: “Strong. Ready. Working for you.”

In one 15-second television ad, a short video montage of a worker, senior, and family is seen.

“For every worker out there, every senior who needs care, every family trying to make ends meet, I’m ready to defeat Doug Ford, fix what’s broken and get to work for you,” Horwath is heard saying in the advertisement.

A second ad says that an NDP government would “fix” health and senior care, tackle housing and give kids a better future.

“Together we can get it done,” Horwath says. 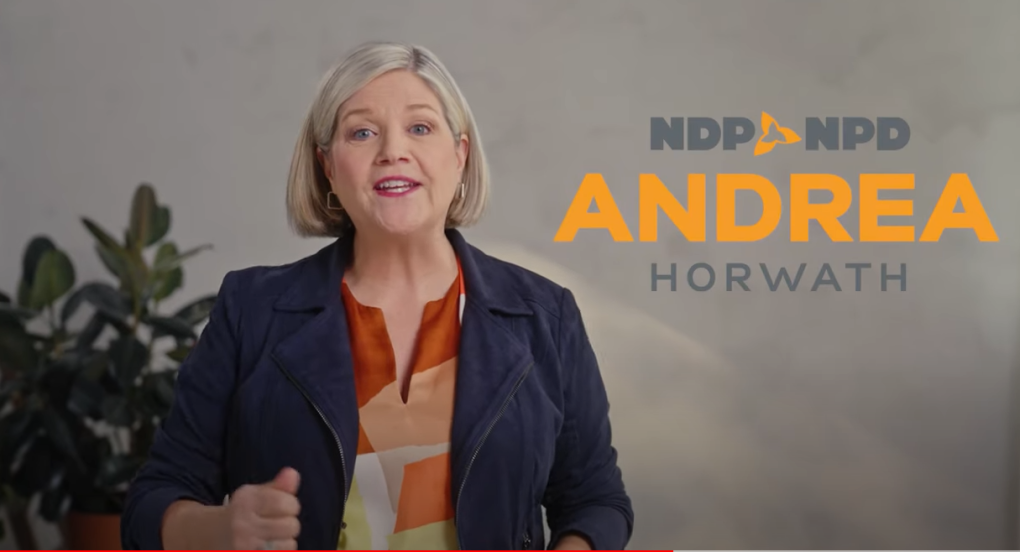 NDP Leader Andrea Horwath is seen in one of her advertisements ahead of the Ontario election.

The NDP also released an 30-second audio ad meant for podcasts. In every advertisement, Horwath’s voice is the one heard by listeners.

In a news release, Campaign Director Michael Balagus said the party is in a position to defeat the PC government and prevent another four years under Ford’s leadership.

“We have an impressive team of candidates. We are incredibly strong financially. We are running to win."

The NDP has previously said it is in a financial position to participate in big ad buys for the first time in its party’s history, allowing them to better compete against the Progressive Conservatives and the Liberals.

Forty-six people were found dead in and near a tractor-trailer and 16 others were taken to hospitals in a presumed migrant smuggling attempt into the United States, officials in San Antonio said.

An Amtrak passenger train traveling from Los Angeles to Chicago struck a dump truck Monday in a remote area of Missouri, killing three people and injuring dozens more as rail cars tumbled off the tracks and landed on their sides, officials said.

As long lines persist, Canadians travelling in the next 24 to 48 hours are being given priority at some passport offices.