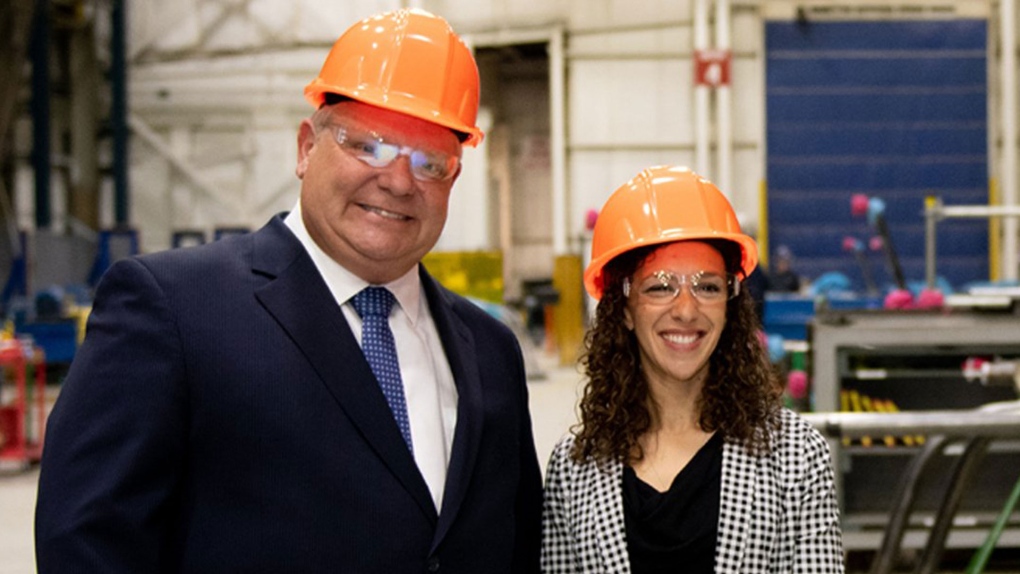 TORONTO -- Ontario’s Progressive Conservative government says it will not support its own MPP who has tabled a private member’s bill designed to bring transparency to internal political party elections.

Karahalios, who presented the bill to the rest of the Progressive Conservative caucus this week, says there should be “no grey area” when it comes to supporting the bill because “you’re either for a free and fair election, or you’re not.”

“Fair votes and democracy is something that would be really hard to not be supportive of,” Karahalios told CTV News Toronto Wednesday.

If passed, parties would be legally required to hand over key voting information to the Chief Electoral Officer, including the number of people eligible to vote in the election, the number of votes cast and the vote tally for each candidate.

The bill, Karahalios believes, would eliminate the possibility of “rigged” elections, and would convince more people to partake in the electoral process.

“When you have the old boys in the back room dictating how things are run, people don’t want to engage in that because what’s the point? Why spend the money, why get involved if it’s just going to be rigged anyway?” Karahalios said.

NEW: PC MPP Belinda Karahalios responds with a statement of her own:

"The old boys in the back rooms need to know their gig is up."#onpoli https://t.co/EgxlVy9no4 pic.twitter.com/p9k9dwuRlp

The Progressive Conservative party was forced to review its own riding nomination process after several complaints were made about ballot-box stuffing and irregular voting ahead of the 2018 provincial election.

During the PC party leadership race, Doug Ford acknowledged “dirty tricks” were being employed in the past and promised change.

“When I’m leader I’m going to make sure they’re transparent, people are held accountable and there’s going to be integrity here,” Ford said in 2018.

However, Ontario Premier Doug Ford's office issued a statement suggesting political parties should be responsible for upholding the law.

“The grassroots of political parties are responsible for determining their respective party leadership. We will continue to support and respect this democratic tradition and therefore the government does not support this private member’s legislation,” Ivana Yelick, a spokesperson for the premier’s office, said in a statement.

Karahalios’ bill also comes as her husband, Jim Karahalios, sues the Ontario PC party for $100,000, over an executive leadership race in Nov. 2018, which he claims was “rigged.”

The lawsuit, which has not been tested in court, alleges that election rules were breached and ballot boxes were allegedly stuffed in order to elect his competitor as party president.

The lawsuit claims that while there were 1,230 eligible voters registered to participate in the election, 1,345 were actually cast.

Belinda Karahalios says since her proposed legislation is not retroactive, it would have no effect on his race.

“Unless Jim’s running in another election that I’m not aware of and someone’s planning on rigging it then yes, it would apply to Jim. But as of now it’s not retroactive, he’s not involved.”

Karahalios said since her bill would affect all political parties operating in Ontario she’s hoping opposition members will support the bill.

The NDP, Liberal and Green parties all say they are reviewing the proposed bill and its impacts before deciding whether to support it.