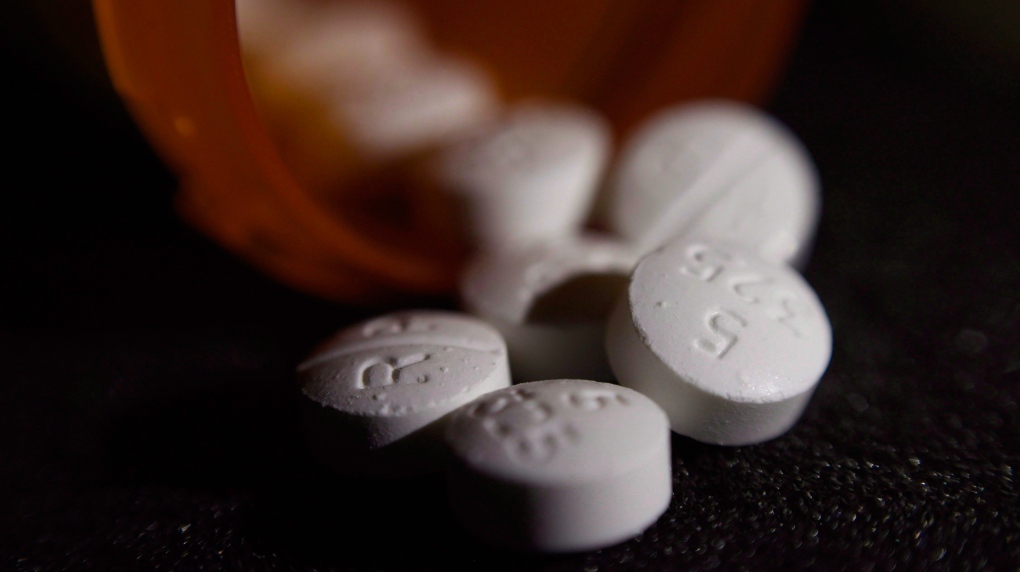 TORONTO -- Ontario is joining five other provinces in a class-action lawsuit against opioid manufacturers in a bid to recoup costs the government alleges can be directly attributed to the overdose crisis.

The province passed legislation late Wednesday allowing it to join the British Columbia-led suit, which alleges that drugmakers falsely marketed opioids as less addictive than other pain drugs.

Attorney General Doug Downey said the class-action suit is a way to hold the firms accountable for their actions, which he says contributed to increased addiction rates and deaths.

British Columbia's suit seeks to recover costs from manufacturers and distributors dating back to 1996, when the pain drug OxyContin was introduced in the Canadian market.

None of the allegations made in the lawsuit have been tested in court.

No statement of defence could be found on the B.C. Supreme Court website Thursday, but Purdue Pharma Inc. -- which makes OxyContin -- has previously said it followed all of Health Canada's regulations and it's very concerned about the opioid crisis in B.C. and across Canada.

Downey said the province would invest any potential awards from the litigation into front-line mental health and addiction services.

"The costs are enormous," Downey said Thursday of addressing addictions. "I'm not going to give an actual number, but it is in the hundreds of millions of dollars."

Ontario joins New Brunswick, Newfoundland and Labrador, Saskatchewan and Alberta who have already announced their support for the lawsuit.

The latest numbers from a national advisory committee studying the opioid crisis show close to 14,000 Canadians have been killed by the drugs over the last four years.

NDP Leader Andrea Horwath said she supports the government's move, but urged the Progressive Conservatives not to wait for the resolution of the court case to fight the addictions crisis.

The province should start by lifting the cap it's placed on the number of safe consumption and treatment sites permitted across Ontario, she said.

"There's no doubt Ontario belongs as part of that lawsuit," said Horwath. "The damage that has been done to people's lives is horrific. However, there's a lot more that needs to be done to support folks who are still struggling with opioid addictions."

Interim Liberal Leader John Fraser said the government should join the lawsuit but must also continue to invest in addictions treatment.

"Recouping those costs is critical," he said. "That money's already been spent. ... When they do recoup those costs, they should actually direct them towards things where opioids had an impact."

This report by The Canadian Press was first published Dec. 12, 2019.