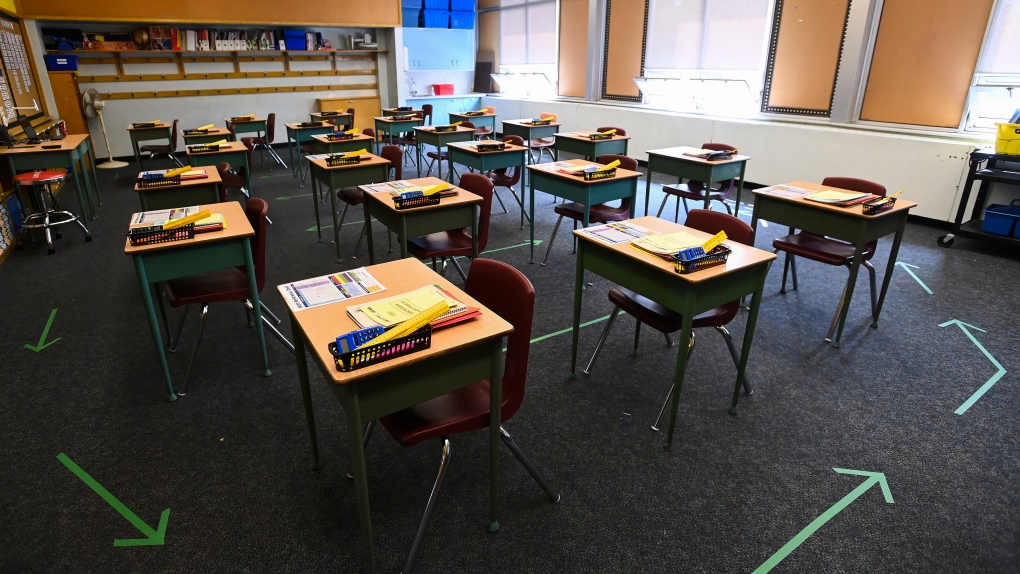 A grade six class room is shown at Hunter's Glen Junior Public School which is part of the Toronto District School Board (TDSB) during the COVID-19 pandemic in Toronto, Monday, Sept. 14, 2020. THE CANADIAN PRESS/Nathan Denette

TORONTO -- Opposition politicians want widespread rapid COVID-19 tests for Ontario students sooner as more schools close due to cases of the virus, but the education minister says the situation is under control.

Government figures as of Thursday said 16 schools were closed due to COVID-19 outbreaks or other operational considerations.

In light of the school closures, Ontario Green Leader Mike Schreiner called on the government to make rapid tests free and accessible now, rather than wait for the December holiday break as planned.

The Opposition New Democrats also raised the issue in the legislature on Thursday, saying rapid tests should have been available earlier and asked for action to stop the spike in school cases.

Education Minister Stephen Lecce says five of the closed schools were closed for operational reasons, not COVID-19 outbreaks, and maintained that schools are safe for students.

He also pointed to the province's plan to send every child home with a rapid test kit over the December holidays and other testing initiatives.

This report by The Canadian Press was first published Nov. 25, 2021.