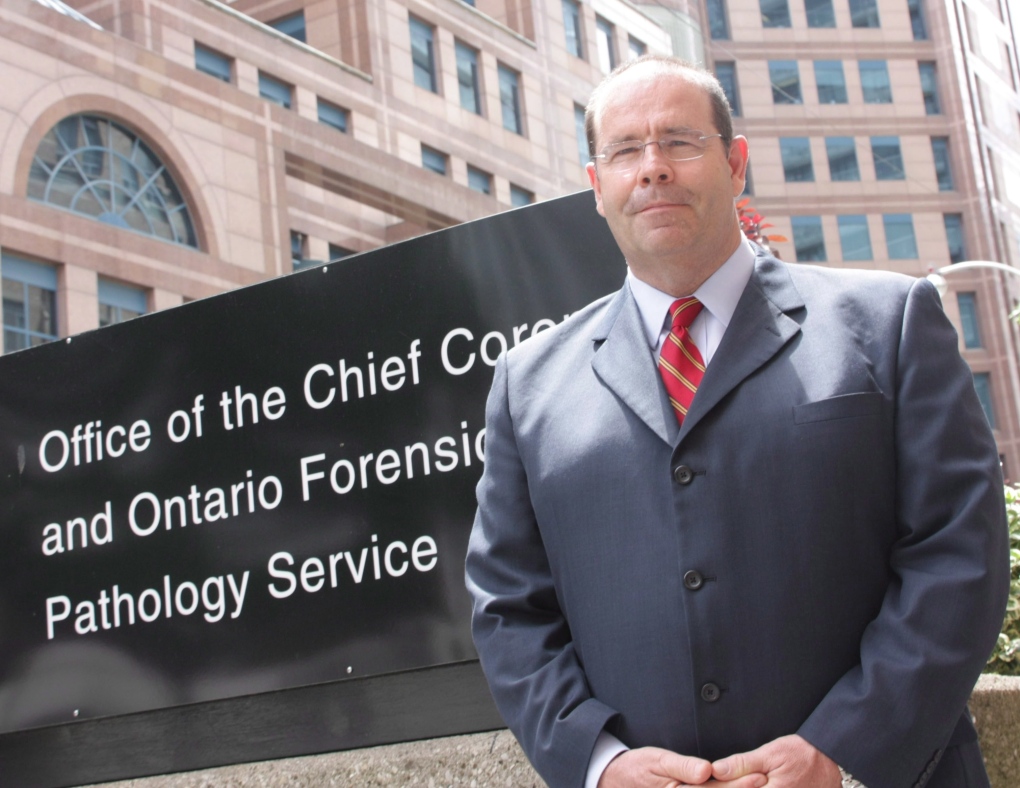 Dr. Andrew McCallum, the previous chief coroner of Ontario, is seen outside his Toronto offices in this May 2012 file photo. (Colin Perkel/THE CANADIAN PRESS)

TORONTO -- The provincial government has named an interim chief coroner while it finds a permanent replacement for Dr. Andrew McCallum.

McCallum left the post in order to take over as president and CEO of Ornge, the province's air ambulance service.

The province says Dr. Dan Cass will serve in the position for up to six months or until a permanent replacement is found.

McCallum is taking over Ornge after more than a year of scandals at the troubled agency, including allegations of kickbacks, exorbitant salaries and nepotism.

The air ambulance service is also the subject of a criminal probe for financial irregularities.

Cass, who joined the Office of the Chief Coroner in 2009, starts the new job on Jan. 21, the same day McCallum takes over at Ornge.

Cass worked as a staff emergency physician at St. Michael's Hospital in Toronto for 16 years, including 10 years as chief of emergency medicine.

"I want to thank Dr. Cass for taking on the role of chief coroner on an interim basis," Madeleine Meilleur, minister of community safety and correctional services, said in a statement Tuesday.

"I'm confident he will live up to the high standards set by his predecessor."

The Office of the Chief Coroner conducts about 16,000 death investigations each year, holds inquests and issues reports based on annual and special death reviews.