TORONTO -- The Ontario government will allow 27 regions to transition into the province's colour-coded reopening framework Tuesday, ending the stay-at-home order and allowing for a partial reopening of non-essential businesses.

Of the regions moving into the colour-coded system, Niagara will be the only region in the grey-lockdown zone, which will allow businesses to open at 25 per cent capacity.

Toronto, Peel Region, York Region and North Bay Parry Sound District are not included in the regions moving into the tiered system and the stay-at-home order will remain in place until at least Feb. 22

Algoma, Grey Bruce, Northwestern and Peterborough health units will be in the yellow level.

Leeds, Grenville and Lanark District and Timiskaming health units will be in the least-restrictive green category.

"While we are cautiously and gradually transitioning some regions out of shutdown, with the risk of new variants this is not a reopening or a return to normal," Health Minister Christine Elliott said in a statement Friday. "Until vaccines are widely available, it remains critical that all individuals and families continue to adhere to public health measures and stay home as much as possible to protect themselves, their loved ones and their communities."

The province began a gradual reopening of its economy Wednesday by lifting the stay-at-home order for three regions with low case counts.

Kingston, Frontenac and Lennox and Addington Public Health, Hasting Prince Edward Public Health and Renfrew County and District Health Unit all entered the green level of the colour-coded system, which allowed for activities like indoor dining to resume.

The tiered system is what Ontario was using before the entire province went into lockdown on Dec. 26. The green, yellow, orange, red, and grey levels all come with various levels of restrictions.

The government warned on Monday that any sudden spike in cases could either delay reopening in a region or force part of the province to return to lockdown.

When asked if reopening businesses in Ontario will inevitably lead to a third wave of COVID-19, Premier Doug Ford said the province needs to be "super cautious."

"Folks, please stay home, please don't be travelling, please do not have people over to the house, by no means is this a wide open raw-raw-raw let’s go party.” Ford said Friday. "We saw what happened before and we don't want it to happen again."

Ford said it's up to Ontarians to avoid a third wave by following public health protocols, like staying at home, as much as possible.

"We can avoid it," Ford said. "We thought numbers were going to go up before, everyone pitched in, all Ontarians pitched in and the numbers are going down only because of the work each and every one of you has done."

But infectious disease experts aren’t so sure Ontario can avoid the fate of a third wave while also reopening the economy. 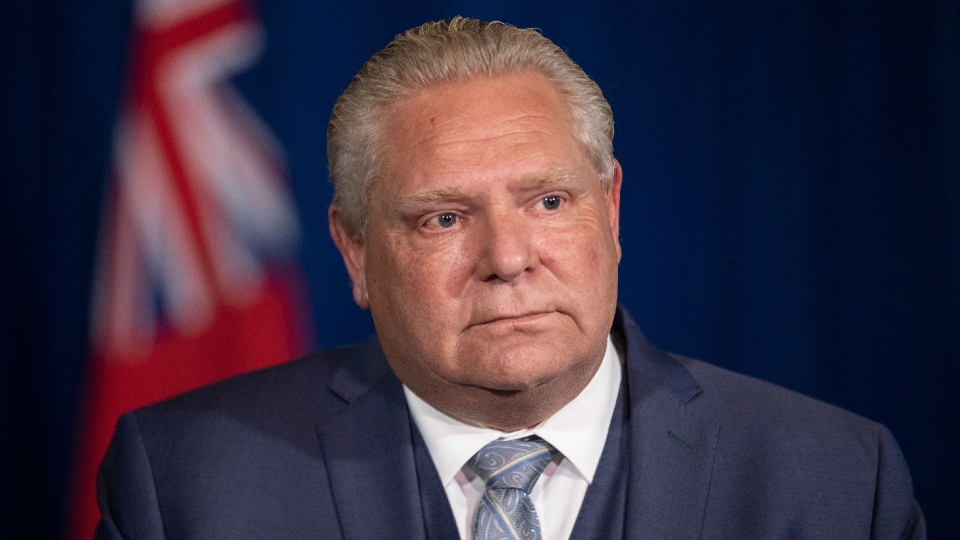 "The third wave is inevitable," Colin Furness, an expert in infectious disease epidemiology from the University of Toronto, told CTV News Toronto earlier this week. "And I think the third wave is the big one for us."

Furness said that because of the super-contagious COVID-19 variants, he believes that sometime around April, Ontario's case numbers will rise high enough that the province will need to close schools and go into lockdown once again.

According to provincial modelling data released on Thursday, the U.K. strain of COVID-19 is expected to become the dominant source of infection by the end of February in Ontario.

"Variant or not, we should be prepared for a third wave," Lee said. "The question is whether or not the variant will take hold and speed up that timeline.