TORONTO -- An Ontario mother says she is hoping a now-approved inquest by the coroner’s office will provide answers into the mysterious death of her teenage son at a provincially-run school for the blind more than two years ago.

“We should always fight for one another, especially when we are looking for truth and justice and remember that no man is an island to himself.”

On May 19, the province’s coroner’s office rendered a decision to execute an inquest into the death of 18-year-old Samuel Brown.

Brown, who was born with a genetic condition that left him blind and deaf, attended Ontario residential school W. Ross Macdonald School for the Blind, located in Brantford, since he was four years old. He would live on campus during the week and come home to his family on weekends. 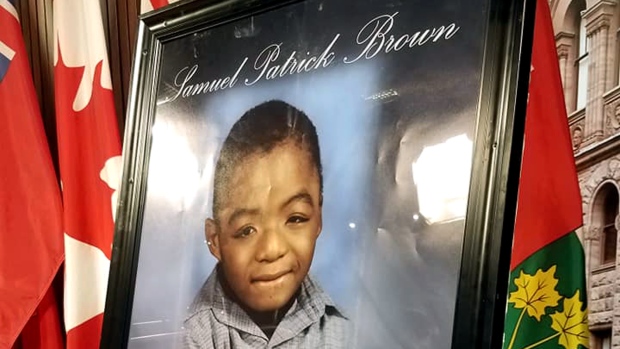 The first weekend of February 2018 was the last time Brown would ever come home.

“He came home to us on Feb. 2, he was very joyful, vibrant. He had no issues of anything that we had to be concerned about,” Andrea Brown said. “He left on Feb. 4, joyful, we hugged him, we kissed him, we prayed with him and sent him off.”

“We didn’t have any concerns because he wasn’t sick or anything like that.”

She said “there was not anything out of the ordinary” when they sent him back to school that day, leaving them with no concerns about his well-being.

“We fed him, gave him his shower that he loves, dressed him nicely, kissed him, put him on the bus and expect to see him on the weekend.”

That Thursday, at around 6:30 p.m., Andrea Brown said she received a phone call from the school telling her that her son would not get out of bed for his dinner. She said she phoned the school about three hours later to check in but no one answered so she went to bed thinking her son was just exhausted and wanting to stay in his room.

The next morning, Andrea Brown said the school called her at 6:30 a.m. and notified her that her son was found unresponsive in his room.

“From leaving home joyfully vibrant with no concerns, no issues that we had seen… we were just expecting him to come home on the Friday alive, but we had to go see him dead so that is hard.”

The family’s lawyer, Saron Gebresellassi, held a news conference regarding the matter on Friday morning. There, she spoke about conflicting reports from medical officials on Samuel Brown’s cause of death. An investigating coroner report stated that he died of natural causes, but an autopsy requested by the family concluded he died of pneumonia. 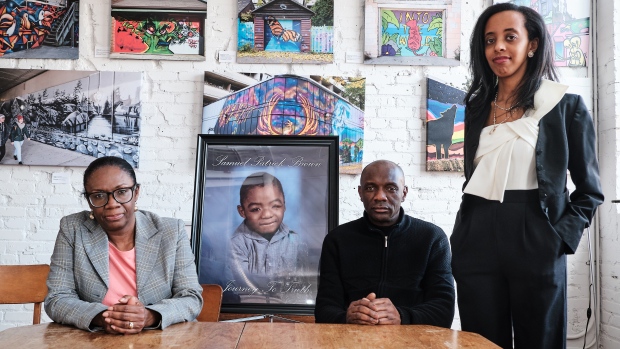 “To date, there was no explanation, no investigation, no hour-to-hour chronology, no staff logs, and this fatality happened two years ago,”Gebresellassi said. “”What our province needs is answers to all of the facts, a minute-to-minute breakdown of all of the events leading up in the 12 hours, leading up to the fatality.”

“It’s very important that Ontarians learn who knew what and when they knew it.”

Calls for an inquest into Samuel Brown’s death have been heard since the fall of 2019. The family has received support from politicians and academics across Canada.

Andrea Brown said her family is “grateful and appreciative” for the support.

“My faith has carried me through this in the sense that I had a community of faith believers around me who were always constantly calling and encouraging me and building us up as a family,” she said.

“We knew we couldn’t do this on our own but because of our faith and we believe and the community of the people around us, around our immediate families, but most of all our faith family, was always praying for us and lifting us up and carrying us and calling us and encouraging us and allow us to be a part of their family, so therefore we were able to pull through this until these two years.”

This is not the first time the school has faced allegations of student mistreatment.

A class action lawsuit alleged students attending the school between 1951 and 2012 were subjected to psychological degradation, physical violence and sexual abuse. The lawsuit claimed staff members often resorted to violence, forcing students to drink from urinals and preying on blind students by sneaking up on them during private conversations and spinning students around to disorient them.

The matter was settled with the Ontario government for $8 million the day before the case was scheduled to go to trial.

A request for comment has also been made to the school.