TORONTO -- Convicted mobster Pasquale (Pat) Musitano was shot to death in broad daylight at a plaza in Burlington, Ont. on Friday afternoon.

Shortly after 1 p.m., emergency crews were called to the area of Plains Road East and King Road for reports of a shooting.

Upon arrival at the scene, officers said they located two male victims suffering from gunshot wounds. One victim was pronounced dead at the scene and the other was transported to hospital with serious injuries.

A third male victim was located at the scene with unknown injuries. Officers said he was not shot. 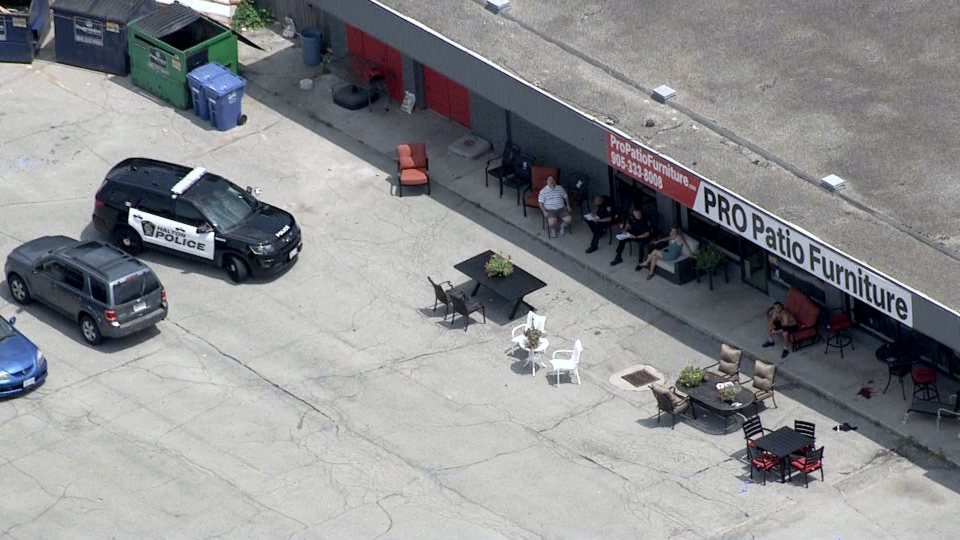 The deceased male has since been identified by police as Pat. He was 52 years old.

Pat was a well-known fixture of Ontario’s organized crime scene for many years.

Pat and his brother Angelo were charged with first-degree murder in the 1997 deaths of Hamilton mob boss Johnny “Pops” Papalia and his underboss Carmen Barillaro. The hitman who pleaded guilty in both shootings said the Musitano brothers had ordered the killings. The brothers pleaded guilty to conspiracy to commit murder in Barillaro’s death as part of a plea deal and the charges relating to Papalia’s death were withdrawn.

The brothers were sentenced to 10 years behind bars in 2000 and were released from prison in 2006. 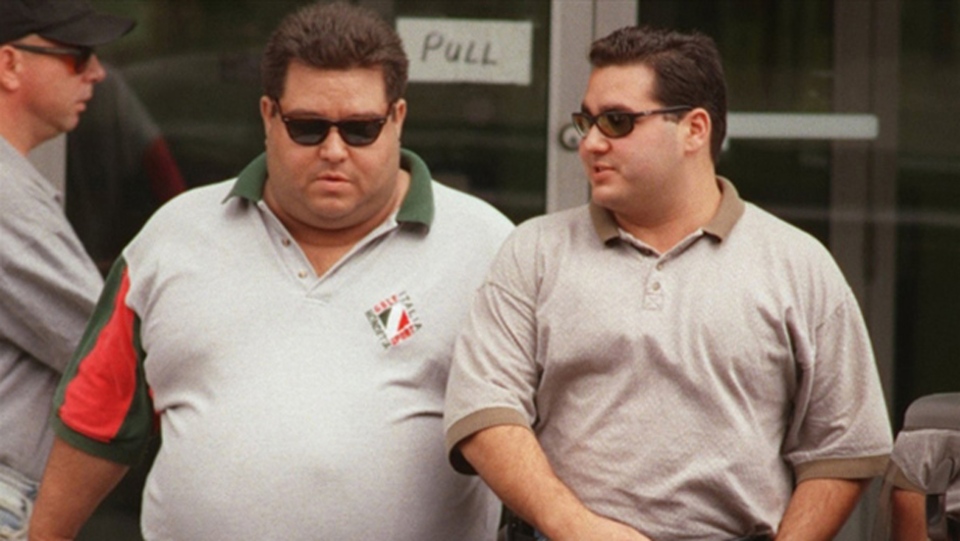 On May 2, 2017, Angelo was fatally gunned down while sitting in his vehicle in the driveway of his home in Hamilton, Ont.’s Waterdown neighbourhood. He was 39 years old.

One man was arrested in connection with Angelo’s death and two other suspects are wanted on Canada-wide warrants.

Meanwhile, Pat’s vehicle was torched in his driveway back in 2015 and a month after Angelo was killed Pat’s home was sprayed with bullets.

Pat was targeted once again last year. He was shot on April 25, 2019 in a Mississauga, Ont. parking lot while leaving his lawyer’s office at around 7 a.m.

The family’s patriarch, Pat and Angelo’s uncle, Tony Musitano died of natural causes at the age of 72 in April 2019. He was described as a former mobster.

In the aftermath of the Burlington, Ont. shooting, Halton Regional Police said there is no ongoing or immediate threat to public safety. 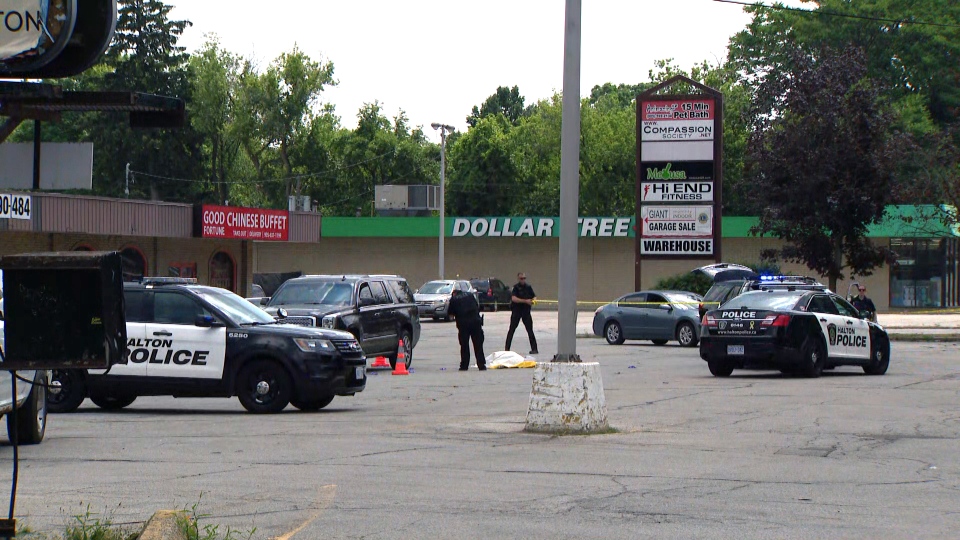 Speaking at the scene of the shooting just before 4 p.m., Const. Ryan Anderson with Halton Regional Police told reporters officers are searching for a male suspect who fled the area westbound on Plains Road East in a newer model grey four-door sedan with a sunroof, similar to an Infiniti Q50.

According to investigators, the suspect vehicle would have “fresh damage to the driver’s side in the area of the doors.”

No further suspect description has been provided by officials thus far.

“Our investigators are going to be doing an extensive investigation,” Anderson said. “We are going to be canvassing the area for evidence, cameras, those sorts of things. It requires a large road closure at this point and a large scene.”

“We do have some witnesses and we would love to hear from anyone else who may have seen something, who may have been driving in the area, who has a dashcam from the approximate time of 1 p.m. on Plains Road East in Burlington.”

We have responded to a shooting at 484 Plains Rd. E in Burlington. Two people have been shot.

At least one suspect is outstanding, who has since fled the scene.

Please avoid the area until further notice. This is an active investigation. ^jh

Roads remain blocked off nearby as an investigation into the matter is conducted.