Ontario millennials need to save for over 20 years for down payment on a home: report

Ontario millennials need to save for over 20 years for down payment on a home: report 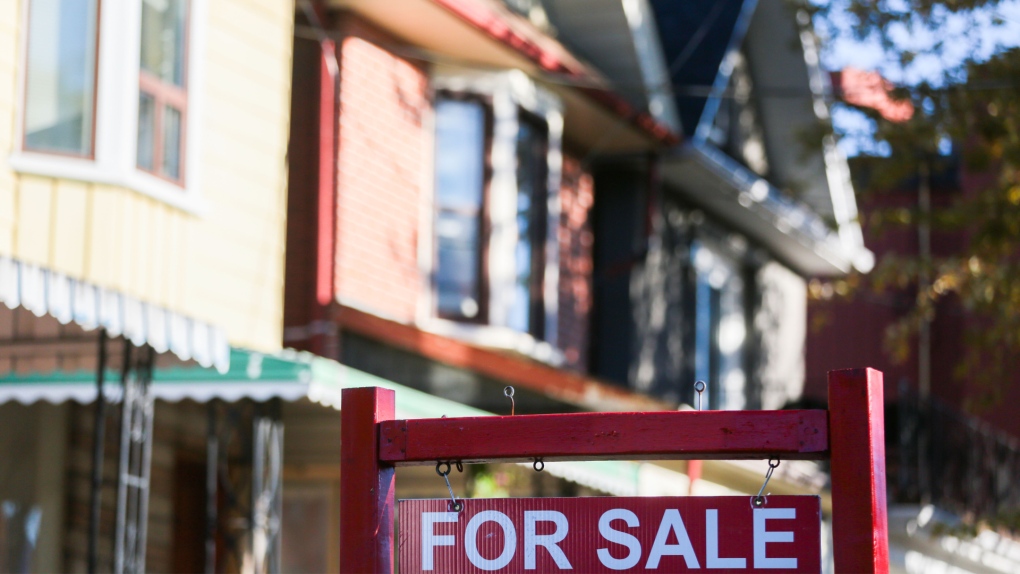 A real estate sign is displayed in front of a house in the Riverdale area of Toronto on Wednesday, September 29, 2021. THE CANADIAN PRESS/Evan Buhle

A new report shows house prices need to drop by more than $500,000 for millennials to be able to afford a home in Ontario.

Generation Squeeze, a charitable organization fighting for generational fairness in the country, recently released a 56-page reported called “Straddling the Gap 2022,” which looks at the disparity between home prices and earnings across the country.

The study analyzes what Canada’s “primary goal” should be for home prices by looking at the gap between earnings and average home prices from 1976 until 2021, which was the last year available to procure data from the Canadian Real Estate Association (CREA).

After analyzing CREA’s data and comparing it to Statistics Canada’s data for annual income, the report concludes prices should stall “for many years ahead – or even continue to fall moderately.”

“The number of years of work required to save [for] a 20 [per cent] down payment on average priced homes has grown in alarming ways in many regions,” the report reads.

Meanwhile, average income of Ontarians between the ages of 25 and 34 years has stayed nearly the same for decades, lingering at an average of roughly $50,000 a year. According to the latest data from StatsCan, the yearly income was $50,800 in 2020.

In order for millennials to buy a home in the province, the report says average home prices need to drop by $530,000, more than 60 per cent of the market value last year, for them to afford a mortgage that covers 80 per cent of the value.

Or, Ontario millennials will need to be earning $137,000 a year, which is roughly $85,000 more than what they are currently making on average. 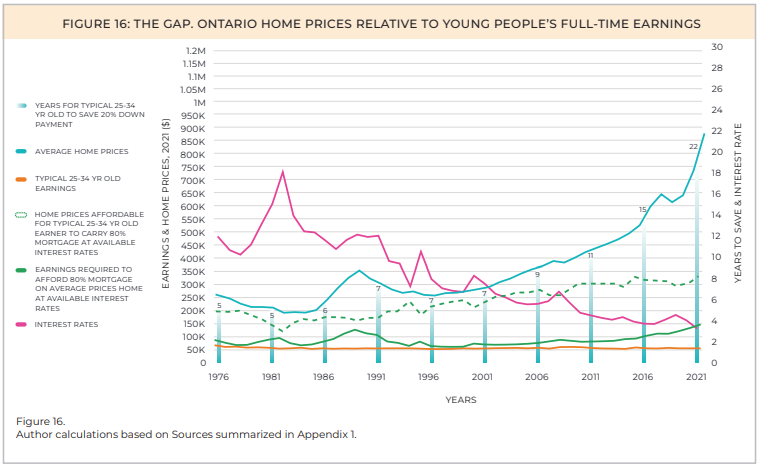 “It takes 22 years of full-time work for the typical young person to save a 20 [per cent] down payment on an average priced home,” the report reads, which they say is 17 years longer than when “today’s aging population” were their age. The report did not clarify what age groups fall under this definition.

The lack of affordability in the Greater Toronto Area (GTA) is even steeper.

Those who have their sights set on owning a home in the GTA will have to save for an average of 27 years to make the same downpayment on an average-priced home. That is 10 years longer compared to the average amount of time across Canada.

Meanwhile, average home prices in the region have soared to $1.1 million.

According to the report, these prices will have to fall by more than $750,000 for this age group to afford a mortgage that covers 80 per cent of the home’s value at current interest rates. 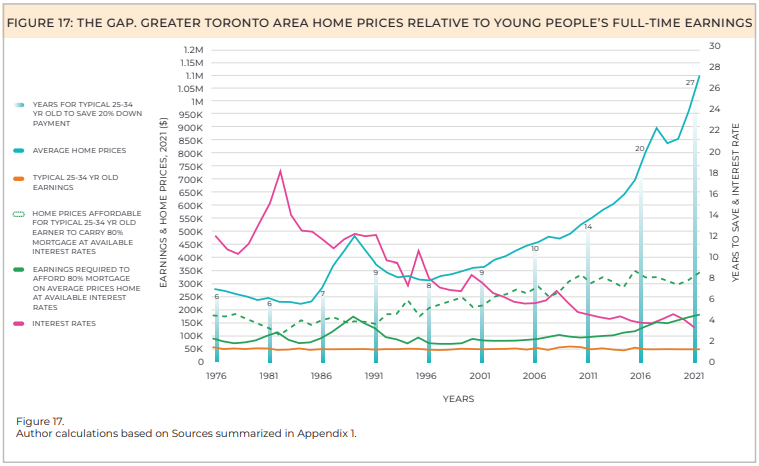 “Or typical full-time earnings would need to increase to $172,000/year – more than triple current levels,” the report notes.

Rent is also steep for those who cannot afford to buy, as the report notes it costs $20,148 a year for a two-bedroom apartment in the GTA in 2021.

With how much millennials make a year on average, rent takes up about 40 per cent of their income.

House prices in the GTA, however, are expected to drop slightly next year.

According to Re/Max Canada’s housing market outlook for 2023, prices are expected to fall by nearly 12 per cent to an average of just over $1 million.

Fifteen grade school students in Mexico have been treated after apparently taking part in an internet 'challenge' in which groups of students take tranquilizers to see who can stay awake the longest.