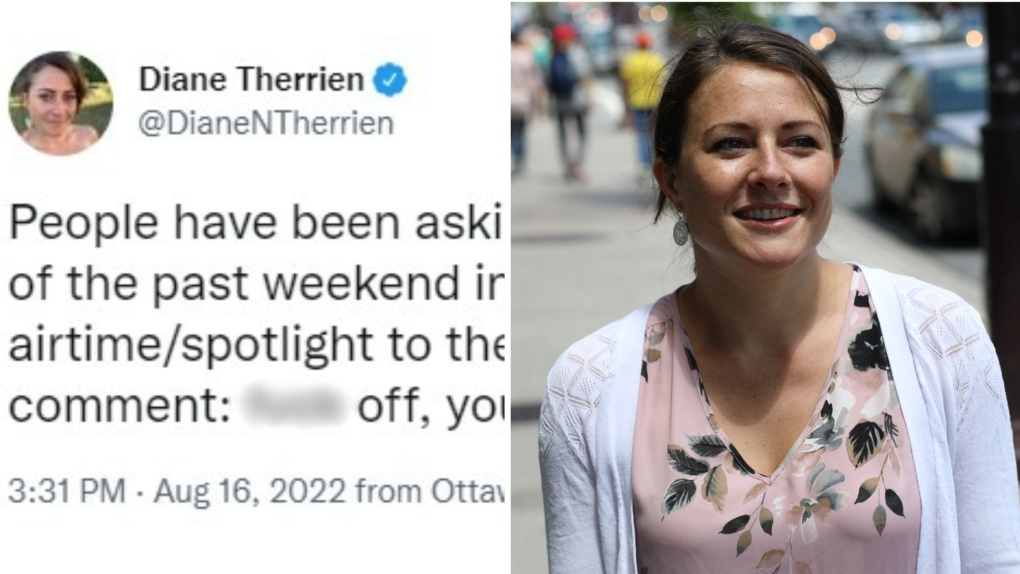 In a tweet published Tuesday, Peterborough mayor Diane Therrien called a group of protesters, led by Canadian conspiracy theorist Romana Didulo, “F*** wads” and told them to “F*** off.”

On Saturday, approximately 30 individuals assembled at a Peterborough police station after Didulo directed her followers to attempt to place officers under citizen’s arrests.

On Monday, acting police chief Tim Farquharson released a video statement saying a third person, a 31-year old Peterborough man, was arrested on Sunday. The man allegedly kicked the rear door of the police station and “struck” an officer while doing so.

In her tweet, Therrien said she hates "giving airtime/spotlight to these imbeciles."

Didulo, based out of Victoria, B.C., uses the messaging app Telegram to communicate with a group of over 70,000 subscribers.

Within this group, and in videos online, Didulo has proclaimed herself “Queen of Canada,” “commander-in-chief,” and “Head of State and Government," roles she claims were given to her by the United States military after Queen Elizabeth was executed.

The group is opposed to COVID-19 mandates and during the pandemic, under Didulo’s direction, issued fake cease-and-desist orders to media outlets, politicians, and health-care workers demanding they stop all health measures related to COVID-19.

This year, she travelled across Canada in an RV, stopping to meet followers and hold rallies. She made an appearance in Ottawa during February's so-called freedom convoy protest.