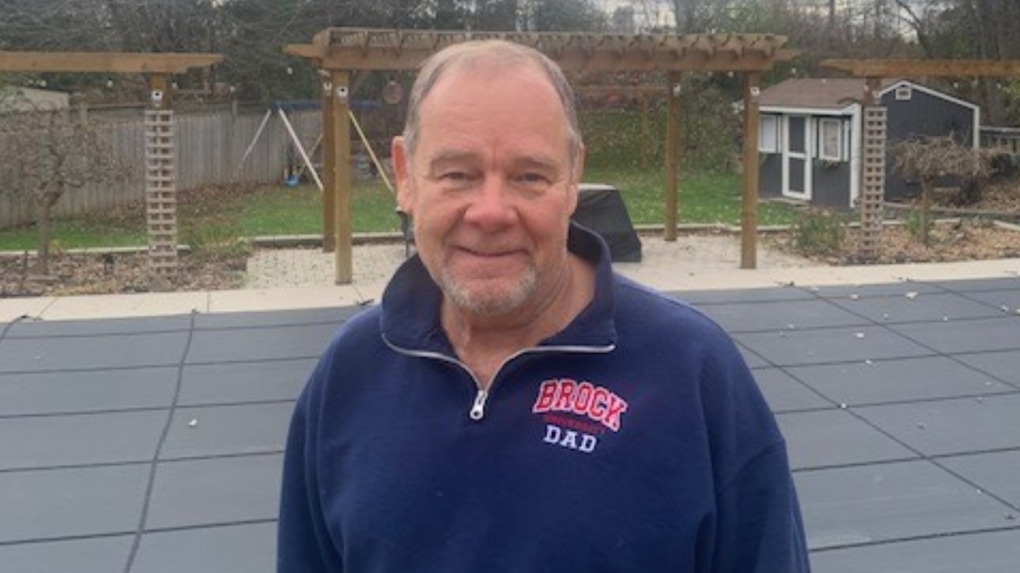 David Heathfield is seen in this undated image. (supplied)

An Ontario man who lost more than $10,000 after a cheque he wrote was cashed twice said he was pushed to the end of his rope trying to fight TD Bank to get the money back.

David Heathfield, who owns a small waste equipment brokerage, said he wrote a cheque for US$8,000 back in January to purchase some new equipment from a dealer in Florida.

Typically, Heathfield said he waits until the end of the quarter to reconcile his books and make sure there are no banking issues.

He said in late March, at the end of the first quarter, he checked his bank statements and saw no discrepancies.

“I reconciled and everything balanced, because the US$8,000 was there,” Heathfield told CTV News Toronto in an interview.

But at the end of the second quarter in July, Heathfield said he noticed the same US$8,000 cheque, according to his April statement, had been cashed again, leaving him out more than CAD$10,000.

Heathfield said he immediately called TD Bank to try and get his money back, but because of a 30-day deadline to report discrepancies he was told he would be on the hook for the loss.

According to the bottom of Heathfield’s bank statements, which have been viewed by CTV News Toronto, customers are asked to ensure they report in writing any errors or irregularities within 30 days of the document’s issue date.

“If you do not, the statement of account shall be conclusively deemed correct except for any amount credited to the account in error,” the bank statement read.

Heathfield admits he had seen that fine print in the past, but never really paid it too much attention.

He said as months went on, he didn’t give up fighting for his money back.

After speaking with Heathfield, CTV News Toronto contacted TD Bank to comment on the situation.

In a statement issued Thursday evening, and following an investigation into the incident, a TD Bank spokesperson said it was working directly with Heathfield to find a resolution.

“We strongly encourage all customers to regularly and carefully review their monthly account statements and immediately report any discrepancies by calling our EasyLine team or visiting their local branch,” the statement read.

That same day, Heathfield said that “out of the blue” he got a call from TD Bank’s head office.

“They have been asked to review my case and are allowing this one-time exception for an error and will be crediting my account the full US$8,000,” he said.

Although Heathfield said he still doesn’t know who cashed the cheque a second time, he said he wanted to share his story to help prevent the same thing happening to someone else.

“I think people need to be aware that, even at the bottom of the statement, any errors or omissions need to be reported within in 30 days. It was always there. I've just never looked at it, but it’s a killer.”

A Russian woman says she has been denied consular services by her country's embassy in Canada over claims her Facebook activity poses a security threat.

More than two years after downtown Beirut was levelled by an explosion, a Lebanese-Canadian family of a 3-year-old girl killed in the blast is still searching for answers. Watch W5's documentary 'The Explosion' on CTV at 7 p.m.

After a string of violent attacks on public transit in Toronto and other cities, a new survey has found that nearly six in 10 public transit users in Canada say they feel less safe or somewhat less safe while commuting.