TORONTO -- Fifty-three year-old Mike Mansor recently walked into a COVID-19 immunization clinic for a life-saving vaccine and walked away with a life-saving diagnosis—having received not just a jab to the arm, but a prick to the finger.

The Toronto resident had vowed to prioritize his health after quitting heroin at the beginning of the year, when his partner suffered an overdose scare involving fentanyl.

“It feels like something that’s going to be more permanent, and so I decided that it is probably the best time to start treating myself well,” Mansor told CTV Toronto.

And so he jumped at the chance to take a rapid antibody test for Hepatitis C after receiving his COVID-19 vaccination at the Centre for Addiction and Mental Health (CAMH) a month ago. The University Health Network’s Viral Hepatitis Care Network (VIRCAN) had set up a pop-up screening booth there, and was offering the five-minute test to people waiting the required 15 minutes in the vaccine aftercare area.

“As straightforward as it can be,” Mansor said of the process, which involved a quick test of a blood drop drawn from his fingertip.

The initial result revealed that he had been exposed to the hepatitis C virus, and a subsequent blood sample confirmed his liver disease.

Hepatitis C is often dubbed "a silent killer," since half of people infected don’t know they have the virus until it is quite advanced.

“It typically will have no symptoms, and a diagnosis is only made by active screening,” Dr. Hemant Shah, a liver specialist with the University Health Network told CTV Toronto. 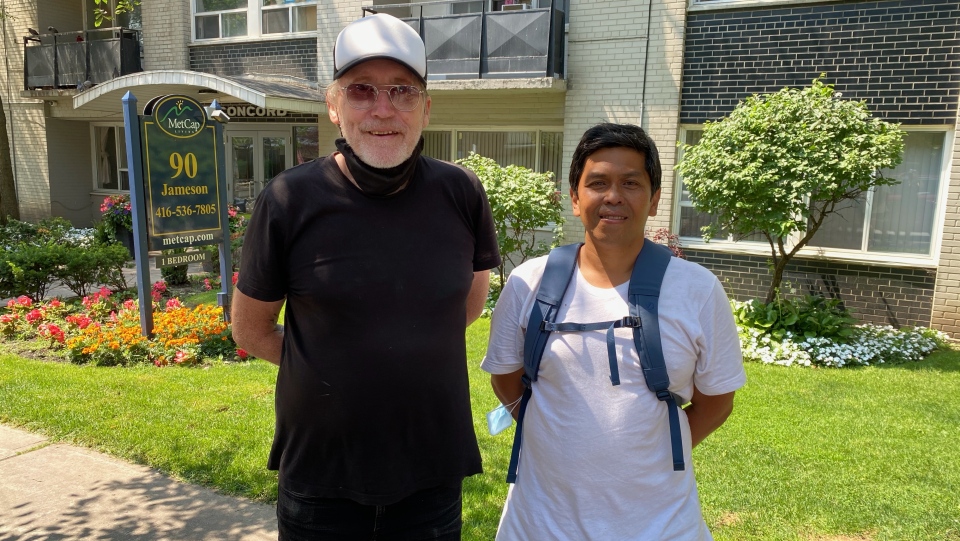 “By the time you develop symptoms from Hepatitis C, it’s usually very late in the disease course, and we want to identify people much much earlier so we can give them curative treatments.”

Untreated Hepatitis C can lead to liver cirrhosis, liver failure, and liver cancer. It is also the leading cause of liver transplantation in the world—but is curable with treatment.

The VIRCAN screening pop-up has been operating at the CAMH COVID-19 vaccine clinic since mid-May, and has already identified 26 positive exposures among 2020 people tested.

The initiative has been designed to boost preventative care for the virus, which declined significantly during the pandemic. The World Health Organization has estimated that an additional 72,000 deaths will occur by 2030 among people with chronic hepatitis C infections that were undiagnosed due to the testing slowdown.

“Point of care testing really allows us to do screening for Hepatitis C in non-traditional settings such as a vaccine clinic,” Dr. Renee Logan, CAMH’s infection prevention and control medical director said Wednesday,

“This really allows us to bring screening to people who may otherwise have barriers to traditional health care.”

People deemed to be high-risk of contracting hepatitis include those who have used injection drugs, those who received blood or blood products or an organ transplant before July 1990 in Canada, or those who have been injected or scratched during a vaccination, surgery, or blood transfusion in regions where the virus is common, according to the Canadian Liver Foundation.

Treatment for the disease is often as simple as oral medication taken for up to 12 weeks; Mansor, who is now receiving this medication, credits it as his cure.

“I want to start treating myself well,” he said Wednesday, which is also World Hepatitis Day. “So I start with the most obvious route, which is to get rid of my Hep C infection.”